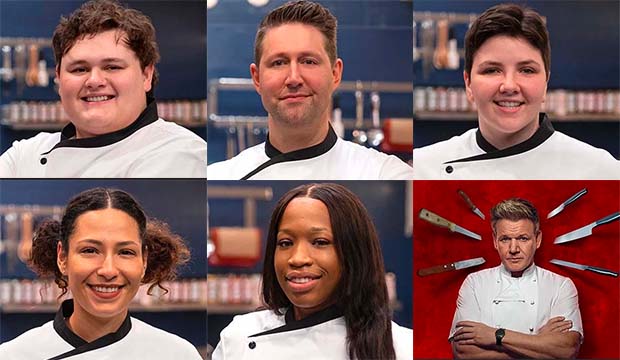 A major milestone was reached on Thursday’s episode of “Hell’s Kitchen.” Gordon Ramsay handed out five black jackets, doing away with the red and blue teams that have divided the contestants all season. One of these top contenders will become the winner of season 21, taking home a $250,000 cash prize and the head chef position at Gordon’s brand new Hell’s Kitchen Caesar’s Atlantic City.

In this “Battle of the Ages” cycle, the well-seasoned 40-somethings took on the fresh up-and-coming 20-somethings. Just one 40-something remains, while four 20-somethings earned black jackets. But who deserves to win it all? Vote in our poll below.

On the “What in Hell’s Kitchen” episode that aired January 19, Sommer and Dafne were the first to earn black jackets after cooking inspired dishes dedicated to one of their loved ones. Alejandro and Alex earned the next two after putting their own spin on one of Gordon’s signature dishes. Cheyenne took the final black jacket with a mouth-watering pork chop, sending Tara Ciannella and Sakari Smithwick home in sixth and seventh place, respectively.