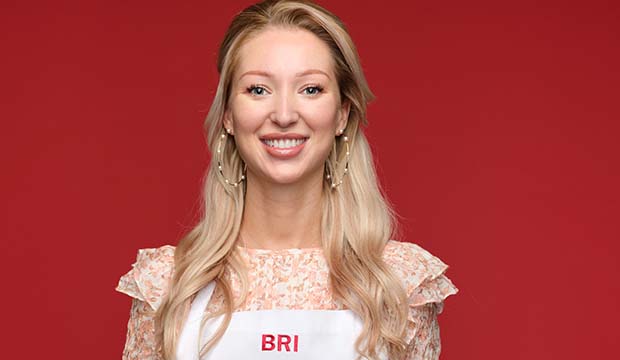 Bri Baker was sent packing on Episode 11 of “MasterChef: Back to Win” after failing to impress judges Gordon Ramsay, Aaron Sanchez and Joe Bastianich in the Vietnamese Mystery Box challenge presented by Season 3 champ Christine Ha. The 27-year old from Dallas served up Pan Seared Salmon with a Fish Sauce Caramel Glaze, Stir-Fried Noodles and Coconut-Lime Sauce that the judges said didn’t taste “like anything” and had “no passion.”

In our recent poll, where we asked you to pick which chef-testant you think deserved to be eliminated, 66% said Bri deserved to go home after landing in the bottom three for the third time. Just 19% of you thought Emily Hallock should have been chopped for her stripped down Lemongrass Pork Salad with Marinated Vegetables and Shrimp Dusted Crispy Rice Chip that lacked “love, intelligence and strategy.” Only 15% of fans would have sent Brandi Mudd home for her “bland” Vietnamese Sticky Pork Belly with Serrano Chili Noodles and Pickled Carrots & Daikon.

In the episode, the Top 13 chefs were tasked with creating a Michelin-starred Vietnamese dish with all 11 ingredients provided for them. Michael Silverstein won the challenge and immunity pin with his Vietnamese Beef Short Rib Stew with Crispy Crab, Pork & Mushroom Rolls. Dara Yu and Christian Green rounded out the Top 3.