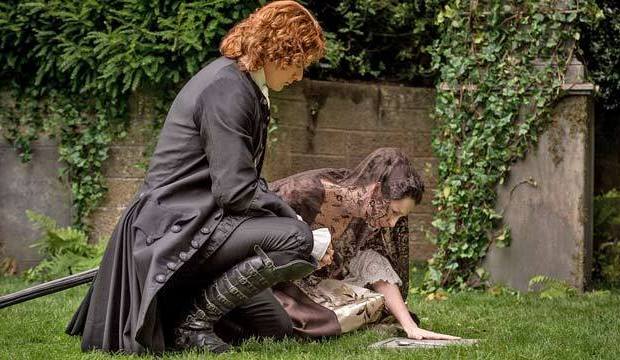 Season 5 of “Outlander,” based on “The Fiery Cross,” the fifth book in Diana Gabaldon‘s “Outlander” series of novels, premiered February 16, 2020 on Starz to rapturous praise across the globe. After a long wait between seasons, fans delighted to have their favorite TV couple, Claire (Caitriona Balfe) and Jamie (Sam Heughan) back for more romance, intrigue and time travel. To celebrate the return of “Outlander,” click through our photo gallery above of the Top 10 greatest reasons why we breathlessly adore this superstar leading lady.

The Irish actress received four consecutive Golden Globe nominations from 2016 to 2019. She has also capitalized on her television success by starring recently in such films as “Money Monster” and “Ford v Ferrari” (playing opposite Christian Bale as his wife).