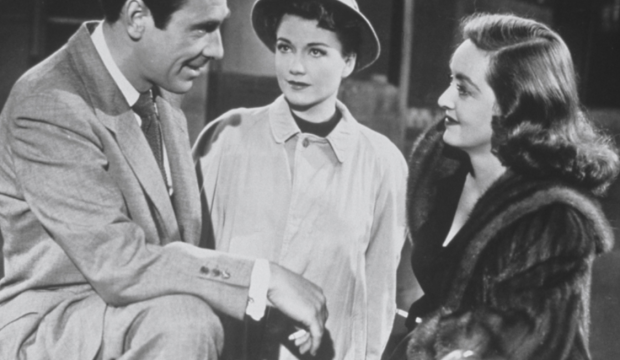 There’s a good chance that “Mank,” David Fincher’s stylish black-and-white chronicle of veteran Hollywood screenwriter Herman J. Mankiewicz’ struggle to write the screenplay for Orson Welles’ 1941 masterpiece “Citizen Kane,” will dominate the Oscar nominations on March 15. Our Oscar experts are predicting the Netflix release could garner has many has 13 nominations including picture, director, screenplay for Fincher’s latest father Jack Fincher, actor for Gary Oldman and supporting actress for Amanda Seyfried.

The younger Mank’s masterpiece went on to win six Oscars at the Pantages Theater on March 29, 1951 including Best Picture, director and screenplay for Mankiewicz, and supporting actor for George Sanders. And it was the second year in a row Mankiewicz won both directing and screenwriting Oscars having received both also for “A Letter to Three Wives.”

“All About Eve” had strong competition from “Sunset Boulevard,” Billy Wilder’s brilliantly dark look at the machinations of Hollywood starring Gloria Swanson in her comeback role as silent film star Norma Desmond, William Holden and Erich von Stroheim, who had directed her in the troubled production, “Queen Kelly.” In fact, clips from the film are featured in “Sunset Boulevard.” The film was nominated for 11 Academy Awards and went on to receive Oscars for story and screenplay, black and white art direction and best dramatic score.

The other three best film nominees were the hit comedies “Born Yesterday,” “Father of the Bride” and the Technicolor action-adventure “King Solomon’s Mines.”

Fred Astaire was the host of the Academy Awards at the Pantages in Hollywood which were presented on ABC Radio. But because so many of the nominees were in New York — Jose Ferrer and Swanson were appearing together on Broadway –there was also a live remote of a champagne-filled nominee party at the La Zambra nightclub in mid-town.

History was made that night when Ferrer became the first Latino performer to win a competitive Oscar receiving his only Academy Award for his touching performance as the romantic long-nosed poet “Cyrano de Bergerac.” He also won a Tony for his performance on Broadway in the acclaimed 1946 production.

His competition? Louis Calhern for “The Magnificent Yankee”; Holden for “Sunset Boulevard”; Jimmy Stewart for “Harvey” (he also had appeared on Broadway in the comedy); and Spencer Tracy for “Father of the Bride.”

Besides Ferrer, two of the other acting winners were reprising their rialto roles. Judy Holliday became an overnight sensation on Broadway in 1946 in Garson Kanin’s sparkling “Born Yesterday” as the no-so-dumb-blonde Billie Dawn. She has also won the hearts of film critics, audiences and Academy voters for the delightful film version garnering the best actress Oscar over the likes of Davis, Baxter, Swanson and Eleanor Parker for the women in prison drama “Caged.”

Josephine Hull had captivated Broadway with her madcap comedic performance in the 1944 smash “Harvey” as the exasperated sister of a man whose best friend is an invisible six-foot white rabbit. And she was equally praised for her amusing turn in the film adaptation picking up supporting actress. Hull had been working on Broadway since 1906, but only made six movies including 1944’s “Arsenic and Old Lace,” which she also had done on Broadway. She was featured in one more film after “Harvey” and made her last Broadway appearance in 1953 in the comedy “The Solid Gold Cadillac.” Ironically, it was Holliday who starred in the 1956 film version.

Edna and Edward Anhalt won best motion picture story for Elia Kazan’s thriller “Panic in the Streets,” a film that is highly relevant today as it revolves around a police captain and an officer of the U.S. Public Health Service desperately attempting to stop an epidemic of pneumonic plague striking New Orleans.

Honorary awards went to George Murphy, who would become a U.S. senator representing California, for “his services in interpreting the film industry to the country at large” and outgoing MGM head Louis B. Mayer who got his send-off with an honorary statuette for “distinguished service to the motion picture industry.”

The French/Italian production “Walls of Malapela” received a special statuette voted on by the Board of Governors for the best foreign film released in the U.S. in 1950. Marlene Dietrich, whose former boyfriend Jean Gabin starred in the film, presented the award and supposedly stole the ceremony with her dress with slits that exposed her famous legs up to her knees.

Several newcomers were also presenters that night including Marilyn Monroe, who briefly and memorably appears in “All About Eve,” who handed out best sound editing, while Debbie Reynolds announced best cinematography and Debra Paget was tapped for best film editing. And the red-hot comedy team of Dean Martin and Jerry Lewis brought their unique zaniness to their version of the Oscar-nominated tune “Bibbidi-Bobbidi-Boo” from “Cinderella.”