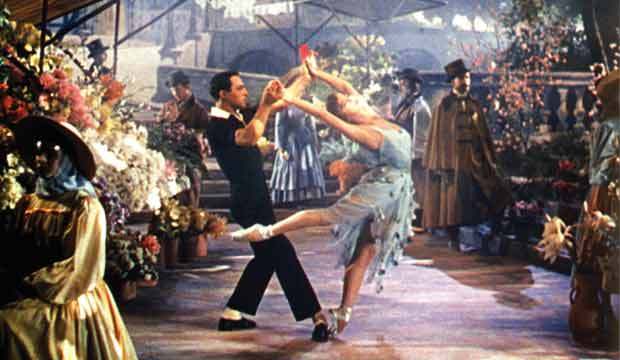 The movie awards’ season is in full flower with such films as Jane Campion’s “The Power of the Dog”; Steven Spielberg’s “West Side Story”; Kenneth Branagh’s “Belfast,” Guillermo Del Toro’s “Nightmare Alley” and Joel Coen’s “The Tragedy of Macbeth” among the favorites for top prizes. But one thing we know for certain is that there is no sure thing when it comes to the Oscars. Consider the case of seventy years ago. Not only were there surprises among the nominees, but there were also some shocks when it came to the winners of the 1952 Oscars.

Let’s revisit the 24th Academy Awards, which took place March 20, 1952 at the Pantages Theatre in Hollywood and were hosted by Danny Kaye. This was the last time the ceremony was presented on radio. The show moved to television the following year. Among the presenters that evening were Lucille Ball, Leslie Caron, Marge and Gower Champion, Ronald Colman, Vera-Ellen, Donald O’Connor and George Sanders. Howard Keel and Jane Powell, Jane Wyman, Dick Haymes and Kay Brown were the performers.

If you look at the list of nominees for the 24th Oscars, you realize how many of them have just faded from memory: the post-World War II drama, “Bright Victory,” for which Arthur Kennedy was nominated for Best Actor and “Come Fill the Cup,” a harrowing drama about alcoholism for which Gig Young earned his first Supporting Actor nomination; he would win in that category for 1969’s “They Shoot Horses, Don’t They?” Thelma Ritter received the second of her six Oscar nominations for the charming comedy “The Mating Season,” which you probably haven’t seen. And there’s a good chance you haven’t seen Joan Blondell and Jane Wyman in their Oscar nominated turns in the rarely seen weepy “The Blue Veil.”

One film totally under that’s flown totally under the radar 70 years after its release is the low-budget indie racial drama “The Well,” which was nominated for Film Editing and Story and Screenplay. The screenwriters — Russell Rouse and Clarence Greene — received the Robert Meltzer Award for their script which examined problems in America.

“A Place in the Sun” and “Streetcar” were considered the top contenders but it was “American in Paris” that waltzed off with the award. Featuring the music of George and Ira Gershwin and a brilliant 17-minute ballet, this MGM extravaganza was just the third musical (after “Broadway Melody” and “The Great Ziegfeld) and second Technicolor production (after “Gone With the Wind”) to win the top Oscar.

“American in Paris” won a total of six Oscars as well as an honorary one for Kelly “in appreciation of his versatility as an actor, singer, director and dancer, and specifically for his brilliant achievements in the art of choreography on film.” And its producer, the legendary Arthur Freed, received the Irving G. Thalberg Award.

“A Place in the Sun,” based on Theodore Dreiser’s “An American Tragedy,” also won six including best director for Stevens. “Streetcar Named Desire” won four. For the first time in Oscar history, three members of the cast won Oscars: leading lady Leigh and supporting players Karl Malden and Kim Hunter.

Brando was the favorite to win Best Actor but trophy went to veteran Humphrey Bogart for a rare comedic role in John Huston’s “The African Queen.” Bogart was also surprised with the win award telling the audience “It’s a long way from the Belgian Congo to the Pantages Theatre, but I’d rather be here than there.”

The George Pal-produced sci-fi thriller “When Worlds Collide” won for special effects. According to a 1951 Academy ruling, the award wouldn’t be given out yearly-only when a film warranted the honor.

It was still five years before the first competitive international film Oscar would be presented, so the academy handed out an honorary award to Akira Kurosawa’s masterwork “Rashomon.” Ridley Scott’s “The Last Duel” was influenced by “Rashomon.”

Hollywood was in the midst of the virulent blacklist. Lee Grant, who was nominated for her featured role in William Wyler’s “The Detective Story,” would soon fall victim. “Kon-Tiki,” which chronicled Norwegian explorer and writer Thor Heyerdahl’s 1947 expedition, won Best Documentary Feature over the Red Scare narrative film “I Was a Communist for the FBI,” starring Frank Lovejoy in the title role.