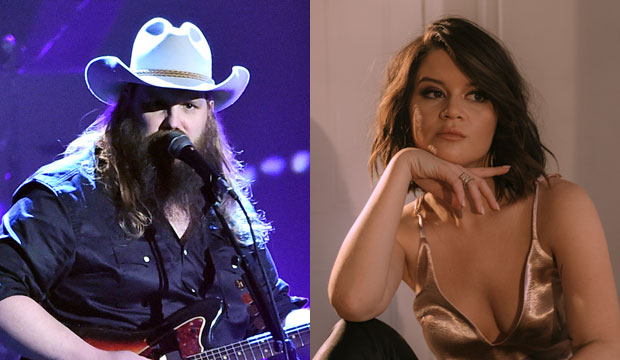 Just a few months after the 2020 Academy of Country Music Awards were delayed to last September due to the COVID-19 pandemic, the 2021 nominees have been announced. Maren Morris and Chris Stapleton lead with six nominations each. They’re followed by Miranda Lambert with five and Ashley McBryde and Thomas Rhett with four. Though those women earned multiple noms, there are zero women up for Entertainer of the Year, which at this point isn’t too surprising for the ACMs. Scroll down for the complete list of nominees, and find out who wins when the awards are handed out on April 18.

SEEJanelle Monae went ‘All In,’ and now she could win her 1st Oscar before her 1st Grammy

Despite the continued absence of women in the top category, the academy pointed out in its nominations announcement that every nominee for Single of the Year is by a female artist, and across 13 categories they found room for four Black artists for the first time ever (Jimmie Allen, Mickey Guyton, Kane Brown and John Legend). There’s clearly still a long way to go for the country music industry. See the complete list of nominees below.

SEEWhat a 3rd Taylor Swift Grammy win for Album of the Year would really mean for music?