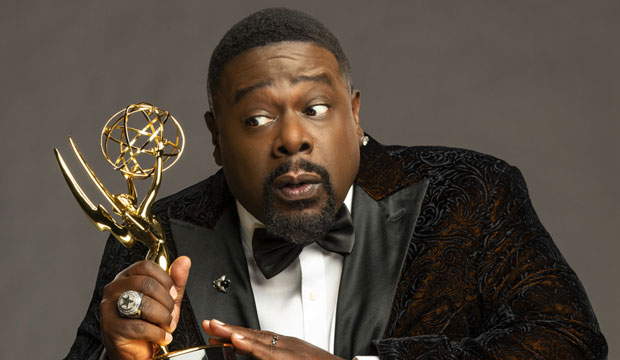 The 73rd Annual Primetime Emmy Awards took place on Sunday night, September 19, during a live ceremony hosted by Cedric the Entertainer that broadcast on CBS. So who were the big winners? Scroll down for the complete 2021 Emmy winners list in all 27 categories, updated throughout the night as they were announced.

“The Crown” and “The Mandalorian” entered these awards with a leading 24 nominations each, the most of any program in any genre. “WandaVision” was close behind with 23, followed by “The Handmaid’s Tale” and “Saturday Night Live” with 21 apiece and “Ted Lasso” with 20. But the lion’s share of categories were already decided at the Creative Arts Awards that took place over three ceremonies on September 11 and 12.

“The Queen’s Gambit” was actually the biggest winner at those kudos with nine trophies; it had six more categories up for grabs during the main show, including Best Limited Series. “The Mandalorian” also cleaned up at Creative Arts, claiming seven awards, the same number it got last year. But in 2020 the Disney+ “Star Wars” series didn’t win anything during the main event; can it hunt down more prizes this time around?

Our official Emmy odds, based on the combined predictions of thousands of Gold Derby users, anticipated “The Crown” and “Ted Lasso” would take home the most hardware. However, the Emmys are prone to surprises, especially in this unprecedented COVID era with so much upheaval in how TV is produced and consumed. Were we right? See who the television academy honored below.

SEEHow to stream the 2021 Emmys online