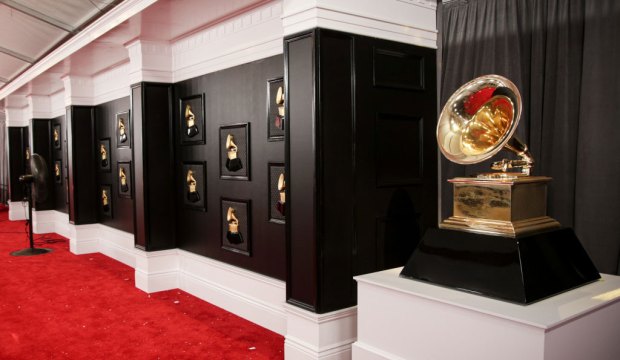 The Grammy Award for Record of the Year goes to the artists, producers, engineers and mixers behind the year’s best recording. So who will win when awards are handed out in 2021? The eligibility period for the 63rd annual kudos is September 1, 2019 through August 31, 2020. Scroll down to see the top contenders.

The Grammy eligibility period used to be a little different. It previously ran from October 1 through September 30, but the recording academy shifted everything by a month as a result of the Oscars decision to hold their 2020 Oscars in early February, which had been the Grammys’ turf. So music’s biggest night moved to January and it tweaked its calendar. That means a lot of 2021’s major contenders had already been released by the time the 2020 awards were handed out.

The most awarded artist for Record of the Year is Paul Simon, who took home the award three times: twice with Simon and Garfunkel (“Mrs. Robinson” in 1969 and “Bridge Over Troubled Water” in 1971) and once as a solo artist (“Graceland” in 1988). But the most awarded individual of all time isn’t actually a recording artist. It’s mastering engineer Tom Coyne, who took home four prizes in a row from 2015 to 2018 for his work on the aforementioned “Stay with Me” and “Hello” as well as “Uptown Funk” by Mark Ronson and Bruno Mars (2016) and “24K Magic” by Mars (2018).

The nominees in all four general field categories — Record of the Year, Album of the Year, Song of the Year and Best New Artist — are not decided strictly by a popular vote of recording academy members. Final decisions are made by nomination review committees, whose process has been called under question by former academy CEO Deborah Dugan, who was ousted under questionable circumstances.

So who will the Grammys go for? See some of the major contenders below. Check back often as new songs are announced and released.

“Everything I Wanted” by Billie Eilish
Album: “When We All Fall Asleep, Where Do We Go?” (Reissue)
Label: Darkroom/Interscope
Producer: Finneas O’Connell

“Memories” by Maroon 5
Label: 222/Interscope
Producers: Adam Levine, The Monsters and the Strangerz

“Even Though I’m Leaving” by Luke Combs
Album: “What You See is What You Get”
Label: Columbia Nashville
Producer: Scott Moffatt

“You Should Be Sad” by Halsey
Album: “Manic”
Label: Capitol
Producer: Greg Kurstin