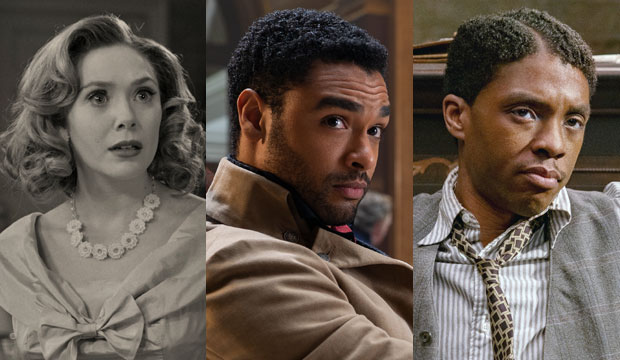 It’s been two years since the last MTV Movie and TV Awards. The fan-voted accolades normally take place every spring, but the 2020 event was never held due to the COVID-19 pandemic. However, on April 19 the cable network announced the contenders for the 2021 ceremony, which will air on two nights: May 16 for scripted entertainment and May 17 for reality programming. Scroll down for the full list of scripted contenders.

“Borat Subsequent Moviefilm” is the most nominated motion picture with three bids. It’s up for Best Movie along with fellow Oscar contenders “Judas and the Black Messiah,” “Promising Young Woman,” and “Soul,” plus the Netflix teen rom-com “To All the Boys: Always and Forever.” Fans can vote for all the winners here from April 19 through April 30 before the golden popcorn is handed out in May.

When these awards were last held in 2019 — which feels like a decade ago now — “Avengers: Endgame” and “Game of Thrones” were the big winners. “Thrones” is off the air now, but the Marvel Cinematic Universe is well represented with the aforementioned “WandaVision” and a couple of noms for “The Falcon and the Winter Soldier.” Former “Black Panther” winner Chadwick Boseman is nominated posthumously for his final screen performance in “Ma Rainey’s Black Bottom.” Who do you think fans will rally behind?