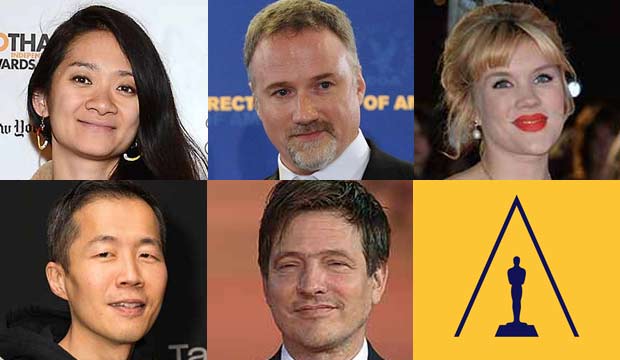 Fincher previously earned bids for directing “The Curious Case of Benjamin Button” (2009) and “The Social Network” (2011). The rest of this year’s contenders are first-time Oscar nominees. This is the first such occurrence since 2000, when Lasse Hallström (“The Cider House Rules”) stood out as the only previous nominee in his lineup. Chung, Fennell, and Zhao have all earned notices for writing their films’ screenplays, while the latter two are also up for Best Picture as producers. Zhao nabbed a fourth bid in the Best Film Editing category.

This year’s lineup is historic in that it is the first to ever include two female directors. Until now, only five women had been recognized in the nine plus decade history of this category. It took almost half a century before Lina Wertmüller broke the glass ceiling with her bid for “Seven Beauties” in 1977. Kathryn Bigelow, who triumphed for her work on “The Hurt Locker” in 2010, remains the only woman to ever bring home a Best Director Oscar.

The nominations for Chung and Zhao also make this the first time that two directors of Asian descent have faced each other. Only five Asian nominees have come before them, starting with Hiroshi Teshigahara (“Woman in the Dunes”) in 1966. Either one of them would be the third to win the award, after Ang Lee (“Brokeback Mountain,” 2006 and “Life of Pi,” 2013) and Bong Joon Ho (“Parasite,” 2020). This is also the fourth year (after 1967, 1977, and 2019) in which two films with primarily non-English dialogue (“Another Round” and “Minari”) have received directing bids.

The average age of this group of directors is 45, which is relatively low for the category. This is the first directing lineup in over two decades to include three nominees under 45 years old. Fennell (35) could become the seventh youngest person to win this award, while Fincher (58) could become the 10th oldest.