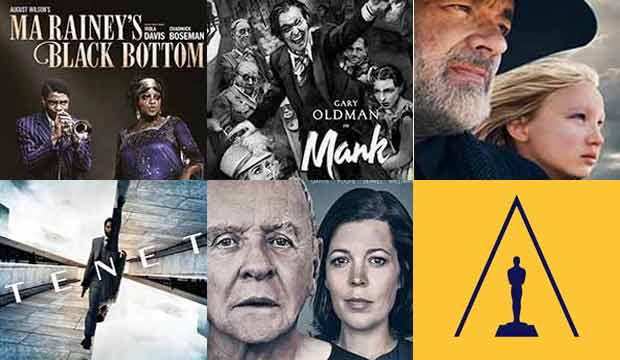 Set decorator Karen O’Hara (“Ma Rainey’s Black Bottom”) previously prevailed for “Alice in Wonderland” (2011) after first receiving a bid for “The Color of Money” (1987). She has now earned a spot on the list of 12 most-nominated female set decorators, which includes last year’s champion, eight-time nominee Nancy Haigh. O’Hara could become the third of the dozen to win more than once, after Francesca Lo Schiavo (“The Aviator,” 2005, “Sweeney Todd,” 2008, and “Hugo,” 2012) and Haigh (“Bugsy,” 1992 and “Once Upon a Time in Hollywood,” 2020).

“Mank” production designer Donald Graham Burt is also a previous champ for his work in another David Fincher film, “The Curious Case of Benjamin Button” (2009). This is also the second bid for Burt’s set-decorating partner, Jan Pascale, who was first recognized for her work in “Good Night, and Good Luck” (2006). She is the first person to earn two nominations in this category for black-and-white films since 1968, when the academy began honoring them alongside color films in a single category. “Schindler’s List” (1994) remains the only primarily black-and-white film to win the award during that time, while just three others have contended for it: “The Elephant Man” (1981), “Pleasantville” (1999), and “The Artist” (2012).

Production designer Nathan Crowley (“Tenet”) has already competed here five times, for “The Prestige” (2007), “The Dark Knight” (2009), “Interstellar” (2015), “Dunkirk” (2018), and “First Man” (2019). All but the lattermost were, like “Tenet,” written and directed by Christopher Nolan. After “First Man,” this is the second time that Crowley has shared his nomination with set decorator Kathy Lucas.

The 2021 Best Production Design lineup is the first ever to consist of only male production designers and female set decorators. Until now, the closest such occurrence was in 1992, when set decorator Garrett Lewis (“Hook”) stood out as the only man in that group. He and production designer Norman Garwood lost to Haigh and Dennis Gassner (“Bugsy”), who were also nominated that same year for “Barton Fink.”