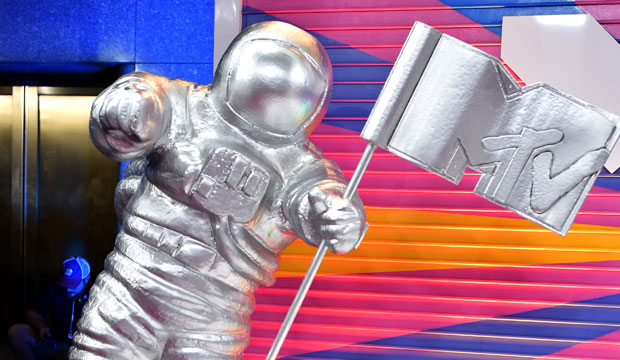 On Wednesday, August 11, MTV announced the nominees for its 2021 Video Music Awards, which will be held at the Barclays Center in Brooklyn, New York, on Sunday, September 12. Justin Bieber leads the way with seven noms, followed by Megan The Stallion with six and several artists with five including Lil Nas X, Billie Eilish, BTS, Doja Cat, Drake, Giveon, and Olivia Rodrigo. Scroll down for the complete list of contenders.

Bieber is actually up for Video of the Year for starring in someone else’s video. He stars in the “Popstar” clip by DJ Khaled featuring Drake. He’s nominated in that top category against “WAP” by Cardi B featuring Megan Thee Stallion, “Kiss Me More” by Doja Cat featuring SZA, “Bad Habits” by Ed Sheeran, “Montero (Call Me By Your Name)” by Lil Nas X, and “Save Your Tears” by The Weeknd. Last year’s Video of the Year prize went to The Weeknd for “Blinding Lights,” and if he wins again he’d be the first artist ever to go back-to-back.

MTV chose an almost entirely different lineup of nominees for Song of the Year. The only contender in common is “WAP.” It’s joined by five other massive hits from the last year: “Mood” by 24kGoldn featuring Iann Dior, ‘Leave the Door Open” by Silk Sonic, “Dynamite” by BTS, “Drivers License” by Rodrigo, and “Levitating” by Dua Lipa (notably not her remix featuring DaBaby, who recently came under fire for sexist and homophobic remarks).

Megan Thee Stallion completed her trifecta of top nominations with a bid for Artist of the Year. She’s up against Ariana Grande, Doja Cat, Bieber, Rodrigo, and longtime VMAs favorite Taylor Swift. And there’s a lot more where that came from in a total of 20 categories ranging from Best Pop and Best Hip-Hop to Best Art Direction and Best Cinematography. Winners in most categories are decided by fans voting online, except for the professional categories that are decided by music insiders. Check out the list below, and join the discussion on this and more with your fellow music fans here in our forums.

Billie Eilish – “Therefore I Am”
Cinematography by Rob Witt

Pink – “All I Know So Far”
Visual Effects by Dave Meyers, Freenjoy Inc

Marshmello and Halsey – “Be Kind”
Choreography by Dani Vitale