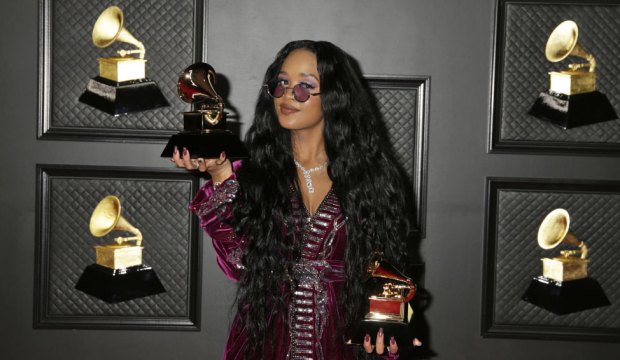 Who will win the Grammy Award for Song of the Year when it’s handed out in 2022? It’s the recording academy’s biggest prize for songwriting and often diverges from Record of the Year, which goes to the performing artist, producers, engineers, and mixers of a particular single or track. So which compositions should we look out for in this year’s race?

“Can’t Put it in the Hands of Fate” by Stevie Wonder feat. Rapsody, Cordae, Chika, and Busta Rhymes
Label: So What the Fuss/Republic
Release Date: October 13, 2020
Songwriter: Stevie Wonder

The awards for Record and Song of the Year have matched up half the time, with 32 out of the 64 recipients of the songwriting prize also being awarded for the recording. But when there’s a split voters often gravitate towards songs with lyrics about emotional, romantic, or political themes.

Love songs are commonly appreciated for their lyrics and melodies, including Barbra Streisand‘s “The Way We Were” (written by Alan Bergman, Marilyn Bergman, and Marvin Hamlisch), Alicia Keys‘s “Fallin'” (which she wrote herself), and Ed Sheeran‘s “Thinking Out Loud” (which he wrote with Amy Wadge), among many others. The reigning champ was a surprise winner that tackled a political topic: H.E.R.‘s “I Can’t Breathe” (which she wrote with D’Mile and Tiara Thomas), which addressed police brutality in the wake of George Floyd‘s 2020 murder by Minneapolis cops.

Only a few songwriters have managed to win Song of the Year twice. Henry Mancini and Johnny Mercer won together for both “Moon River” and “Days of Wine and Roses.” Movie composer James Horner prevailed for a couple of famous movie tunes: “Somewhere Out There” from “An American Tail” and “My Heart Will Go On” from “Titanic.” Will Jennings also won for “My Heart Will Go On,” in addition to Eric Clapton‘s “Tears in Heaven.” Most recently, the group U2 won for “Beautiful Day” and “Sometimes You Can’t Make it On Your Own,” and Adele claimed trophies for “Rolling in the Deep” and “Hello.”

Two legendary artists are tied for the most nominations: Paul McCartney and Lionel Richie have six, with one win apiece for “Michelle” and “We Are the World,” respectively. Thus far Taylor Swift is the most nominated woman with five, but she has yet to win the award, even though she holds the record for the most Album of the Year victories among women (three). Swift could actually tie McCartney and Richie if she receives another nomination in 2022 for “Willow.”

To decide the nominations, recording academy members pick their favorites, and then the top 20 vote-getters go to an anonymous nomination review committee that narrows that down to the final eight. So who will those nominees be this year?