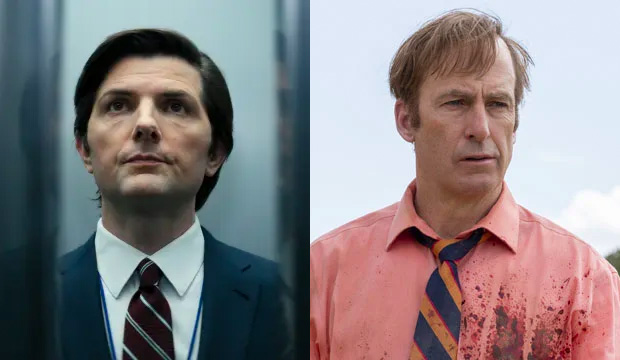 The 2023 Golden Globes nominations were announced on December 12 in film and television, as voted on by members of the Hollywood Foreign Press Association. Who will prevail in the category of Best Drama Actor during NBC’s ceremony on Tuesday, January 10? This year’s five nominees are: Jeff Bridges (“The Old Man”), Kevin Costner (“Yellowstone”), Diego Luna (“Andor”), Bob Odenkirk (“Better Call Saul”) and Adam Scott (“Severance”).

Scroll down to see Gold Derby’s 2023 Golden Globes TV Predictions for Best Drama Actor, listed in order of their racetrack odds. Our Golden Globe odds are based on the combined forecasts of thousands of readers, including Experts we’ve polled from major media outlets, Editors who cover awards year-round for this website, Top 24 Users who did the best predicting the winners last time, All-Star Users who had the best prediction scores over the last two years, and the mass of Users who make up our biggest predictions bloc.

2. Adam Scott (“Severance”) — 37/10 odds
This Apple TV Plus sci-fi hit series tells the story of the mysterious Lumon Industries, which requires its employees to undergo memory wipes when they arrive at work so they don’t get distracted. Scott is at his career-best as Mark, a loyal Lumon worker who begins to ask questions he’s not to supposed to be asking shortly after the arrival of Britt Lower‘s Helly. “Severance” also nabbed a series nomination.
Experts predicting: None

3. Jeff Bridges (“The Old Man”) — 9/2 odds
Based on Thomas Perry‘s 2017 novel, the FX on Hulu program tells the story of an ex-CIA agent named Dan Chase (Bridges) who is forced to go on the run after killing an intruder in his home. The seven-episode series streamed this summer to great critical and fan acclaim. Bridges previously won a Globe for “Crazy Heart” (2009) and he received the honorary Cecil B. DeMille Award in 2019.
Experts predicting: None

4. Kevin Costner (“Yellowstone”) — 9/2 odds
Despite its pedigree as the most-watched series on television, the HFPA had never given the Paramount Network drama a single nomination until this year with Costner’s bid. He plays ranch owner John Dutton, who deals with a whole host of internal and political complications. The actor is a past two-time Golden Globe winner for “Dances with Wolves” (1990) and “Hatfields & McCoys” (2012).
Experts predicting: None

5. Diego Luna (“Andor”) — 9/2 odds
The popular Mexican actor brings back his character Cassian Andor from the feature film “Rogue One” (2016) in Disney Plus’ latest “Star Wars” prequel. In the show, Andor is a thief who will one day join the Rebel Alliance that’s forming to oppose the Galactic Empire. Viewers also see flashbacks to when he was a child and became an orphan on his home planet, Kenari.
Experts predicting: None