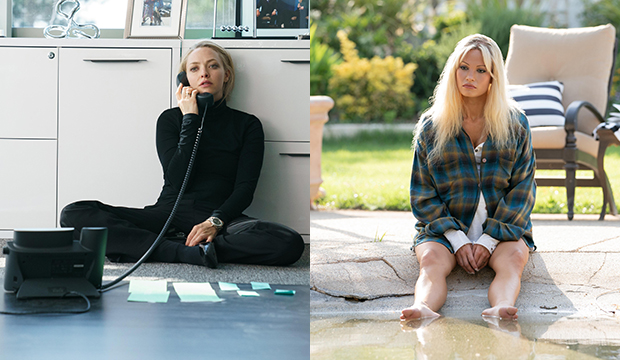 The 2023 Golden Globes nominations were announced on December 12 in film and television, as voted on by members of the Hollywood Foreign Press Association. Who will prevail in the category of Best TV Movie/Limited Actress during NBC’s ceremony on Tuesday, January 10? This year’s five nominees are: Jessica Chastain (“George and Tammy”), Julia Garner (“Inventing Anna”), Lily James (“Pam and Tommy”), Julia Roberts (“Gaslit”) and Amanda Seyfried (“The Dropout”).

Scroll down to see Gold Derby’s 2023 Golden Globes TV Predictions for Best TV Movie/Limited Actress, listed in order of their racetrack odds. Our Golden Globe odds are based on the combined forecasts of thousands of readers, including Experts we’ve polled from major media outlets, Editors who cover awards year-round for this website, Top 24 Users who did the best predicting the winners last time, All-Star Users who had the best prediction scores over the last two years, and the mass of Users who make up our biggest predictions bloc.

1. Amanda Seyfried (“The Dropout”) — 16/5 odds
Seyfried stars as Elizabeth Holmes, a college dropout — get it? — who went on to create the controversial company Theranos. The actress won an Emmy in September for the Hulu show thanks in part to her impressive on-screen transformation, and she’s hoping to now repeat her victory at the Golden Globes. It doesn’t hurt at all that “The Dropout” was also nominated in the Best Limited Series race.

2. Lily James (“Pam and Tommy”) — 4/1 odds
James gives a career-best performance as “Baywatch” star Pamela Anderson, whose moderate fame skyrockets after her private sex tape with her husband Tommy Lee (Sebastian Stan) is stolen by Rand Gauthier (Seth Rogen) and widely distributed. Hulu’s miniseries proves to be eye-opening in many regards as audiences are given a never-before-seen perspective of what really happened behind the scenes.

3. Jessica Chastain (“George and Tammy”) — 4/1 odds
Showtime’s late-breaking country music biopic stars Chastain as Tammy Wynette and Michael Shannon as George Jones as they fall in love and enjoy parallel careers in the industry. Both actors received universal acclaim for their performances, so it’s somewhat surprising to see Chastain as the lone Globe nominee this year. Perhaps Shannon will find better luck at the Emmys?

4. Julia Garner (“Inventing Anna”) — 9/2 odds
The young actress is hoping to win her first Golden Globe after claiming three (!) Emmys for “Ozark.” In Shonda Rhimes‘ Netflix production, Garner portrays Anna “Delvey” Sorokin, the infamous debutante who tries to scam her way to the top of New York City’s upper echelon through nefarious means. We dare you to watch this performance and not try to replicate her unique accent.

5. Julia Roberts (“Gaslit”) — 9/2 odds
The “Erin Brockovich” Oscar winner returns to television in Starz’s political miniseries that tells the story of the Watergate political scandal from the 1970s. Roberts portrays Martha Mitchell, a popular socialite from Arkansas, who suddenly finds herself in the headlines because she’s married to John N. Mitchell (Sean Penn), the Attorney General to President Richard Nixon.