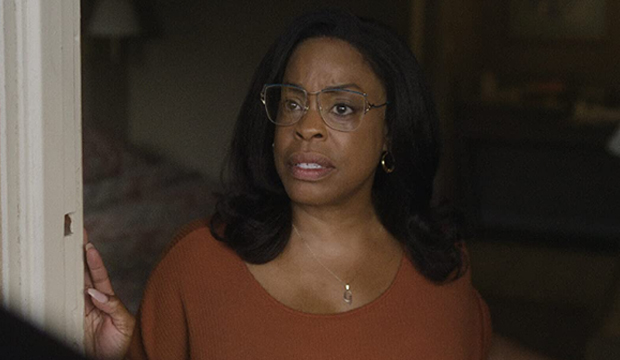 The 2023 Screen Actors Guild Award nominations were announced on January 11 in film and television, as voted on by members of SAG-AFTRA. Who will prevail in the category of Best Limited Series Actress during Netflix’s YouTube ceremony on Sunday, February 26? This year’s five nominees are: Emily Blunt (“The English”), Jessica Chastain (“George and Tammy”), Julia Garner (“Inventing Anna”), Niecy Nash-Betts (“Monster: The Jeffrey Dahmer Story”) and Amanda Seyfried (“The Dropout”).

Scroll down to see Gold Derby’s 2023 SAG Awards TV Predictions for Best Limited Series Actress, listed in order of their racetrack odds. Our SAG Awards odds are based on the combined forecasts of thousands of readers, including Experts we’ve polled from major media outlets, Editors who cover awards year-round for this website, Top 24 Users who did the best predicting the winners last time, All-Star Users who had the best prediction scores over the last two years, and the mass of Users who make up our biggest predictions bloc.

1. Amanda Seyfried (“The Dropout”) — 16/5 odds
Seyfried stars as Elizabeth Holmes, a college dropout who went on to create the controversial company Theranos. The actress has already won an Emmy, Golden Globe and Critics Choice Award for the Hulu show thanks in part to her impressive on-screen transformation, and she’s hoping to now repeat her victory at the SAG Awards. Prior to this, she only had a single ensemble SAG bid to her name for “Les Misérables.”
Experts predicting: Christopher Rosen (Gold Derby), Joyce Eng (Gold Derby), Susan King (Gold Derby), Susan Wloszczyna (Gold Derby), Thelma Adams (Gold Derby)

2. Niecy Nash-Betts (“Monster: The Jeffrey Dahmer Story”) — 4/1 odds
SAG Award newbie Nash-Betts is at her career best as Glenda Cleveland, the neighbor of serial killer Jeffrey Dahmer (Evan Peters), who calls the police multiple times to complain about weird smells and frightening noises coming from his apartment. Glenda represents many of Dahmer’s living victims on the Netflix blockbuster — those he didn’t kill but whose lives were forever changed nonetheless.
Experts predicting: None

3. Julia Garner (“Inventing Anna”) — 9/2 odds
The young actress is hoping to win her first SAG Award after claiming three (!) Emmys and a Golden Globe for “Ozark.” In Shonda Rhimes‘ Netflix production, Garner portrays Anna “Delvey” Sorokin, the infamous debutante who tries to scam her way to the top of New York City’s upper echelon through nefarious means. We dare you to watch this performance and not try to replicate her unique accent.
Experts predicting: Tim Gray (Variety)

4. Jessica Chastain (“George and Tammy”) — 9/2 odds
This two-time SAG Award winner on the film side — “The Help” (ensemble, 2011) and “The Eyes of Tammy Faye” (lead actress, 2021) — is now hoping to win her first trophy for a TV program. Showtime’s late-breaking country music biopic stars Chastain as Tammy Wynette and Michael Shannon as George Jones as they fall in love and enjoy parallel careers in the industry.
Experts predicting: None

5. Emily Blunt (“The English”) — 9/2 odds
This previous supporting SAG Award winner for the horror film “A Quiet Place” (2018) is now hoping to win a TV trophy for playing Lady Cornelia Locke in the Amazon Prime Video period piece. The sprawling six-part series tells the emotional tale of an Englishwoman (Blunt) who arrives in America in the 1890s looking to avenge the death of her son.
Experts predicting: None