“She’s always decked out in these ridiculously amazing furs — so decadent and sensual,” says “A Very British Scandal” costume designer Ian Fulcher about dressing Claire Foy for her role as Margaret Campbell, Duchess of Argyll. “It’s like you want to touch her. There’s something very sexual about that, and I love that. And Claire loved having that on her so that she felt more empowered and felt more sexual and sensual.” We talked to Fulcher as part of our “Meet the Experts” TV costume designers panel. Watch our exclusive video interview above.

“A Very British Scandal” — a followup to “A Very English Scandal,” which covered the seedy Thorpe affair — tells the story of a different legal battle: the ugly divorce between Margaret and her husband Ian Campbell, Duke of Argyll (played by Paul Bettany). The divorce was notorious for accusations of infidelity accompanied by an infamous photo of Margaret performing a sex act. But Margaret was also known for her fashion. Fulcher explains, “We had a six-week shoot, and she has 85 changes in six weeks, spanning three decades, which is just an insane amount to do.” So for the sake of continuity Fulcher favored Venetian wool as the basis for her wardrobe.

Margaret’s fashion-forward style was in sharp contrast with Ian’s wardrobe. “The cuts of his suits never changed in, I don’t know, 40 years,” Fulcher points out. But instead of feeling constrained by that, the costume designer thought, “that’s brilliant because with us having so many changes throughout the episodes” it was “less jarring” to transition from one time period to the next. It didn’t hurt that Bettany has “the most amazing figure” for clothes: “broad shoulders, tiny waist, and long legs, so he wears a suit so well.” So while the duke and duchess’s divorce may have been messy, the costumes in “A Very British Scandal” remained sharp. 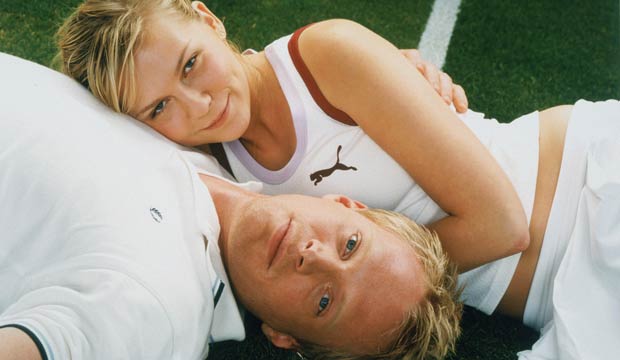