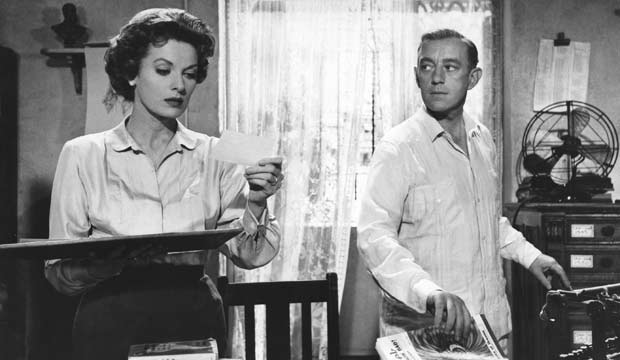 Alec Guinness would’ve celebrated his 105th birthday on April 2, 2019. The Oscar-winning performer excelled in comedy, drama, and most famously, science fiction, starring in dozens of movies before his death in 2000 at age 86. But how many of those titles remain classics? In honor of his birthday, let’s take a look back at 15 of his greatest films, ranked worst to best.

Born in 1914, Guinness got his start in theater, winning a Tony for his performance in the Broadway play “Dylan.” He adapted and starred in a stage version of Charles Dickens‘ “Great Expectations,” playing the role of Herbert Pocket. Among the audience members was David Lean, who brought the book to the screen in 1946 and cast Guinness in his first movie.

He would go on to make five more films with Lean, including the Oscar-winning “The Bridge on the River Kwai” (1957) for which he won Best Actor playing the crazed British military officer Col. Nicholson. The two would also collaborate on “Oliver Twist” (1948), “Lawrence of Arabia” (1962), “Doctor Zhivago” (1965), and “A Passage to India” (1984).

Yet Guinness didn’t restrain himself to serious stuff. He also had a funny side, as witnessed by a series of comedies he made at England’s Ealing Studios, starting in 1949 with “Kind Hearts and Coronets” (in which he played eight roles) and leading to “The Lavender Hill Mob” (1951), “The Man in the White Suit” (1951), and “The Ladykillers” (1955). “Lavender” brought him his first Oscar bid as Best Actor.

A new generation of fans know Guinness as Obi-Wan Kenobi, the aging Jedi master in George Lucas‘ “Star Wars” (1977). The role brought him yet another Oscar nomination, this time in supporting, and provided the actor with a signature catchphrase: “May the force be with you.”

Guinness additionally contended at the Oscars for writing “The Horses’s Mouth” (Best Adapted Screenplay in 1958) and performing in “Little Dorrit” (Best Supporting Actor in 1988).

On the TV side, he earned Emmy bids for “Startime” (Best Single Performance in 1960) and “Smiley’s People” (Best Movie/Mini Actor in 1983), based on John Le Carre‘s bestseller. He originated the role of British secret agent George Smiley in the BBC adaptation of Le Carre’s “Tinker Tailor Soldier Spy” (1979), for which he won a BAFTA. (He reaped additional prizes at the British Academy for “Kwai” and “Smiley’s People,” and received their Academy Fellowship in 1989.)

Tour our photo gallery above of Guinness’ 15 best films, including a few for which he should’ve received Oscar nominations.