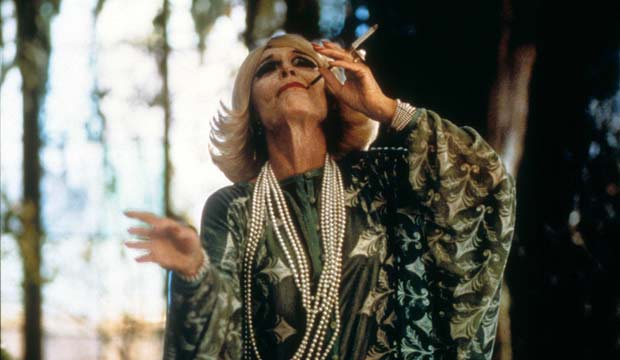 Alfonso Cuaron celebrates his 57th birthday on November 28, 2018. The Oscar-winning director could find himself back in the awards race this year with his latest work, “Roma.” But how does this one rank with the rest of his filmography? In honor of his birthday, let’s take a look back at all eight of Cuaron’s movies, ranked worst to best.

Born in Mexico City in 1961, Cuaron made his directorial debut when he was just 30-years-old with the Spanish-language farce “Solo con Tu Pareja” (1991). He was soon drafted by Hollywood to helm the children’s film “A Little Princess” (1995) and the modern day Charles Dickens adaptation “Great Expectations” (1998).

It was with “Y Tu Mama Tambien” (2001), a sexy road trip comedy shot in Mexico, that Cuaron reaped his first Oscar nomination in Best Original Screenplay (alongside his brother, Carlos). He returned to America shortly thereafter to direct the third installment in the “Harry Potter” franchise, “The Prisoner of Azkaban” (2004).

Oscar voters took notice of the filmmaker once again with the dystopian future drama “Children of Men” (2006), for which he received Best Adapted Screenplay and Best Film Editing nominations. He hit the awards jackpot 7 years later with another sci-fi epic, “Gravity” (2013), becoming the first Hispanic to win Best Director. Cuaron picked up an additional prize for Best Film Editing, and the movie also won for its cinematography, score, sound editing, sound mixing, and visual effects.

With “Roma,” Cuaron returns to his native Mexico City to tell a story about a poor maid (newcomer Yalitza Aparicio) working for a middle-class family in the early 1970s, based largely on his own memories of growing up. The film, which won the Golden Lion at the Venice Film Festival, is currently playing in limited release and will stream on Netflix on December 14.

Tour our photo gallery above featuring all eight of Cuaron’s films, and see if your favorite tops the list.