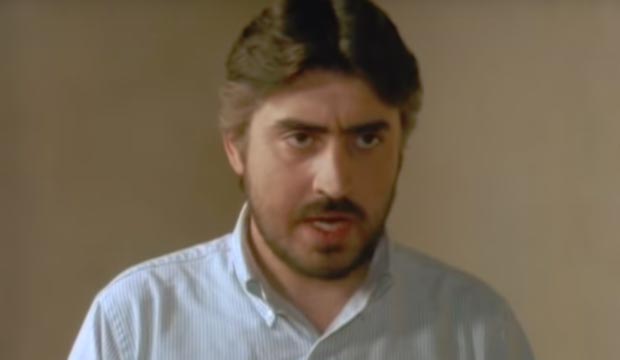 Alfred Molina will celebrate his 66th birthday on May 24, 2019. The actor started his career in his native England. Shortly thereafter he would begin a film career in a small role supporting role in “Raiders of the Lost Ark.” But what a supporting role it was. Molina played the man who brings Indiana Jones to the alter of the idol he is searching for. He then convinces Jones to let him hold the idol while Indy attempts to jump over a large hole. The scene then concludes with the famous boulder chasing Jones and him reclaiming the idol from the body of Molina, who has been killed in one of the many booby traps. It was a tiny part at the beginning of the film, but it became an iconic scene in a much beloved film.

Molina continued working in all mediums and then found his big break opposite Gary Oldman in the biopic “Prick Up Your Ears.” From then on, the actor has worked continuously, earning two Emmy nominations for his television work. His first came for the adaptation of the play “The Normal Heart.” His second nomination came for his role as Robert Aldrich, the director of “Whatever Happened to Baby Jane” in the mini-series “Feud: Bette and Joan,” opposite Jessica Lange as Joan Crawford and Susan Sarandon as Bette Davis.

The actor has also had great acclaim on Broadway, receiving Tony nominations for all three of his Broadway appearances. His first nomination came for the play “Art,” in which he delivered a hilariously funny long speech that was the highlight of the play. He then was also nominated for his performance as Tevye in a revival of “Fiddler on the Roof.” His most recent nomination came for the two man play “Red,” in which he co-starred with Eddie Redmayne.

But it is his feature film career for our photo gallery above, which ranks his 15 greatest performances from worst to best. Our list includes “Chocolat,” “Frida,” “Boogie Nights,” “Magnolia,” “An Education” and more.