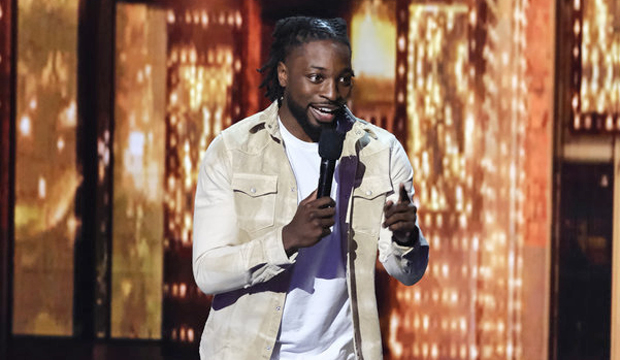 “America’s Got Talent” has been captivating audiences on NBC since its debut in the summer of 2006. Nearly two decades later, the reality TV show is hitting Sin City for a live residency at the Luxor Hotel and Casino. The variety extravaganza opens October 28, 2021 and runs two times per night, five nights a week (dark on Monday and Tuesday) throughout the rest of the year. Billed as a celebration of comedy, music, danger, dance and so much more, the live concert stars some of your favorite “AGT” acts of all time. Read on for everything to know about the “America’s Got Talent” Las Vegas show.

Get your tickets now at agtvegaslive.com, where the regular starting price is $49, plus taxes and fees. The family-friendly Vegas concert is fit for all audiences, ages 5 and up. As of this writing, tickets are still available from October 28 to January 2. The residency is held at the famed Luxor Theater inside the Luxor Hotel and Casino on the Las Vegas strip. “AGT’s” TV judges and host (Simon Cowell, Howie Mandel, Heidi Klum, Sofia Vergara and Terry Crews) are not scheduled to make appearances.

Here’s a closer look at which former “America’s Got Talent” acts are performing each night at the Las Vegas show:

Preacher Lawson — Lawson serves as host of the residency, a Season 12 finalist and all-around fan fave. This stand-up comedian will bring the laughs as he guides audiences through the various jaw-dropping performances.

Dustin Tavella — The most recent Season 16 winner will headline the Las Vegas concert, bringing his eye-popping magic tricks and emotional personal stories to the stage every night.

Brandon Leake — Season 15 champion Leake will appears as a special guest from opening day until December 9, where he’ll share his unique and moving spoken word talent with audiences.

Kodi Lee — Lee captured America’s hearts as the Season 14 winner for his perseverance in dealing with blindness and autism. His sensational voice is one that must be heard live.

SEE‘America’s Got Talent’ winners list: All seasons, plus ‘The Champions’

The Clairvoyants — These world-traveling mentalists first broke through on the American “AGT” stage as the runners-up in Season 11.

Deadly Games — The knife-throwing danger duo and semi-finalists of Season 11 have continued mesmerizing audiences with their combination of danger, artistry and flexibility.

Light Balance — Turn out the lights for this high-tech neon and LED dance group that ended Season 12 as finalists.

The Silhouettes — The astounding shadow performance group has been an “AGT” favorite ever since they placed as the runners-up in Season 6.