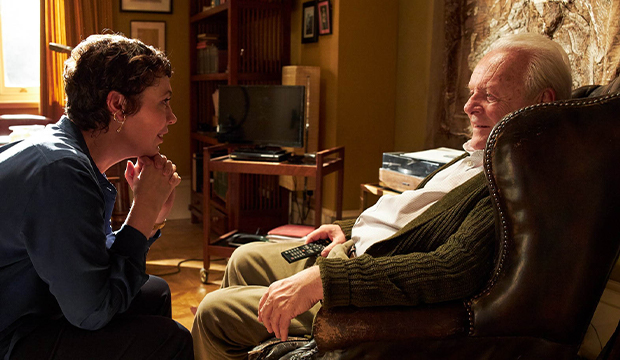 Our exclusive odds predict that Anthony Hopkins and Olivia Colman will both earn Oscar nominations for their roles in the Sony Pictures Classics release “The Father.” He is a strong Best Actor contender for his heartbreaking portrayal of a man dealing with dementia. And she is coming on strong in the Best Supporting Actress race for her work as the daughter struggling to come to terms with him.

Should both of these past Oscar champs prevail again this year, they’d be just the eighth pair of co-stars nominated in these categories to do so. In the 84 years since the supporting awards were introduced at the 9th Oscars, a lucky seven films can boast victories in both these races.

The last such duo from the same film to both win were Daniel Day-Lewis and Brenda Fricker for “My Left Foot” in 1990. That marked the first of Day-Lewis’s three Best Actor trophies. He could’ve repeated this pairing in 2018 alongside Lesley Manville for Paul Thomas Anderson’s “Phantom Thread” but neither of them prevailed.

The other six winning combos of Best Actor and Best Supporting Actress from the same movie are:

Broderick Crawford and Mercedes McCambridge for “All the King’s Men” – 1950
Marlon Brando and Eva Marie Saint for “On the Waterfront” – 1955
David Niven and Wendy Hiller for “Separate Tables” – 1959
Burt Lancaster and Shirley Jones for “Elmer Gantry” – 1961
Peter Finch and Beatrice Straight for “Network” – 1977
Dustin Hoffman and Meryl Streep for “Kramer vs. Kramer” – 1980