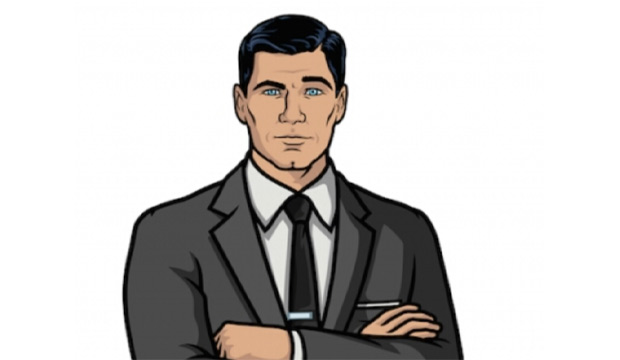 It can be hard to believe, but “Archer” is about to enter its 10th season. That’s right, the creative team behind “Archer” has been going at it non-stop for almost 10 years. (Phrasing!) To celebrate Gold Derby offers the photo gallery above of the 40 greatest episodes of the animated series, ranked worst to best. Click through our photo gallery above and see if your favorite episodes made it on to the list.

The animated spy-comedy that quickly became a cultural phenomenon is from animator Adam Reed. Prior to this Reed had been known as the co-creator of two Adult Swim programs that had gained cult followings: “Sealab 2021” and “Frisky Dingo.” The idea came to him while he was vacationing in Europe and encountered many insanely attractive women that made him too nervous. The idea of a brash person with no fear talking with those women is how Sterling Archer came to be. FX ordered a full season and on September 17, 2009, “Archer” premiered with a non-publicized sneak peak.

By the time the show had its official premiere the following January, it was a hit both critically and commercially. The program debuted to over a million viewers and quickly became one of FX’s biggest hits. Critics were also quick to embrace the show’s cutting-edge animation style, sharp dialogue and excellent voice actors. Brian Lowry of “Variety” called the show “a sharp comedic arrow” and Paige Wiser of the “Chicago Sun-Times” proclaimed it to be “fast, funny and smart” and added that “the random humor pays off more often than not.”

While critics and audiences were very quick to embrace “Archer,” the Emmys took quite a bit of time to give the show the proper recognition. The first season netted the show a single nomination in the Best Voice-Over Performance category for Benjamin in the pilot episode, “Mole Hunt.” He lost that to Anne Hathaway for “The Simpsons.” After that the show was completely ignored by the TV Academy for several years. The show’s creators were so frustrated with this that they didn’t even submit for Best Animated Program in 2013 and attempted to get into the race for Comedy Series. The show finally made it into the Animated Program race in 2014. It returned in 2015 and won an Emmy for Best Creative Achievement in Interactive Media – Multiplatform Storytelling for its online feature, “Archer Scavenger Hunt.” In 2016, it finally won the Emmy for Animated Program for their seventh season premiere, “The Figgis Agency.” The show also won the Critics’ Choice TV Award for Best Animated Program four consecutive times (2012-2015) and also won the same honor at our own Gold Derby Awards twice (2013-2014).

To tease our photo gallery above, here are just a few episodes in our rankings (full captions and extras in the photo captions!). Can you guess what’s #1?

MOLE HUNT (S. 1, E. 1)
Sterling attempts to get into the ISIS mainframe by pretending to conduct a mole hunt so he can remove any suspicious activity from his operations account.

SKYTANIC (S. 1, E. 7)
ISIS is hired to uncover a bomb threat on the maiden voyage of the rigid airship, Excelsior. Cyril’s affair with Cheryl continues to spin out of control.

A GOING CONCERN (S. 2, E. 2)
Malory loses all her savings in a Ponzi scheme and is forced to sell ISIS to their rival, ODIN, as well as accept Len Trexler’s marriage proposal. Sterling sets out to make sure both do not happen.

THE DOUBLE DEUCE (S. 2, E. 5)
Archer is forced to look after the Wee Baby Seamus while, at the same time, Woodhouse believes he’s in danger as several of the people he served with in World War I are dying by mysterious circumstances.

PLACEBO EFFECT (S. 2, E. 9)
Archer finds out that the drugs he’s been taking to treat his cancer are actually placebos, leading him to go on a rampage to find out who is behind the fake medicine being given out.

EL SECUESTRO (S. 2, E. 10)
After Pam is kidnapped by a group of criminals thinking she’s actually Cheryl, Cheryl reveals that she’s actually the heiress to the Tunt family fortune. Malory then tries to get a contract with Cheryl to provide her security…and get Pam back if there’s time for that.

LO SCANDALO (S. 3, E. 8)
The prime minister of Italy has been murdered in Malory’s apartment and, in addition to cleaning up the scene, attempts to prove to everyone at ISIS that she didn’t kill him.

LIVE AND LET DINE (S. 4, E. 7)
When a threat has been issued against the Albanian ambassador to the U.S., ISIS is tasked with going undercover at the restaurant where he is dining and the chef is also filming his reality show, “Bastard Chef.” Malory tasks Cheryl with getting a table at the restaurant.