The Amazon series “Night Sky” has a little something for everyone: It’s a science-fiction mystery, a road movie, a family drama, and a treatise on long-term relationships and the twilight years of life.

“For me, you know, I’m not a heavy sci-fi person,” cinematographer Ashley Connor says of the series. “So when I was sent the scripts, I really attached myself more to the story of the couple, Irene and Franklin, sort of reckoning with death and what it means to live their full lives. And for me, that was like the heart of the story. And it was about balancing the more fun adventures.”

Set in a primarily in a small Illinois town – but with a scope that expands into South America and the infinite void of space itself – the series stars Sissy Spacek and J.K. Simmons as Irene and Frank, the devoted married couple who just so happen to have a portal to another planet in their backyard.

“We spoke a lot about Steven Spielberg and sort of how Spielberg effectively imbues so much intimacy into science-fiction,” Connor says of the project, which gives both Spacek and Simmons some incredibly affecting material with which to work. In fact, Connor tells Gold Derby during our Meet the Experts: Cinematographers panel, the couple had some roots in 2012’s Michael Haenke film “Amour,” a Best Picture nominee. Watch the exclusive video interview above.

“So a lot of the visual talks are sort of ‘Amour’ meets Spielberg, and what that unholy marriage would entail,” she adds. “We really didn’t want the science-fiction element to overwhelm their story. Like, if you didn’t love them and root for their relationship, then I felt like the show wouldn’t work.”

Spacek and Simmons are Oscar winners and Connor says working with them on “Night Sky” proved to be a “master class in acting every day.”

“I felt so lucky to be there for certain scenes, and to just kind of watch their process,” she says. “You don’t have to do much with them. You can really just let them perform. And that, to me was so exciting — to not interfere with them or get in their way or be distracting. I didn’t want the camerawork to be distracting from the sort of heart and need to connect with these people.”

Connor is a former Independent Spirit Award nominee for her work on “Madeline’s Madeline,” and has been hailed for the way she is able to capture incredibly naturalistic performances – especially with actresses.

“It’s just an approach to me. It’s an approach to working with people to collaborating with actors to how you approach them,” she says. “As we move beyond gender – as we move beyond the sort of traditional means of communicating like the male gaze, the female gaze – it is in conversation with cinematic history. And it is in conversation with, I think, how women in these kinds of roles have typically been presented. And something that’s inherent to my process is sort of a renegotiation of those terms.”

With “Night Sky,” she adds, Irene was a character who really spoke to Connor – especially coming off the isolating early days of the coronavirus pandemic. “This sort of question about loneliness that we all have and human connection – I really wanted to explore what it means to be lonely in a relationship, what it means to be lonely in your life,” she says. “That’s something that we all felt very acutely, even being at home with loved ones. It’s just a very unique time to be making the show about loneliness.”

“Night Sky” is streaming on Amazon. 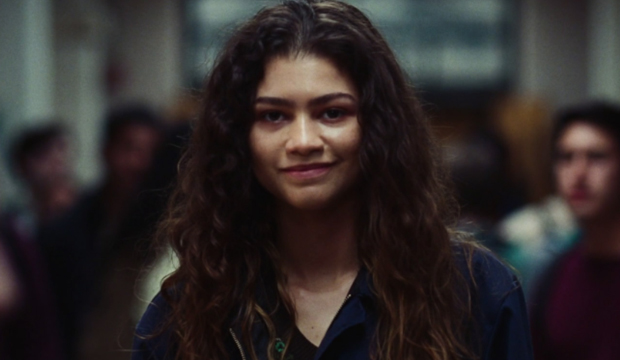