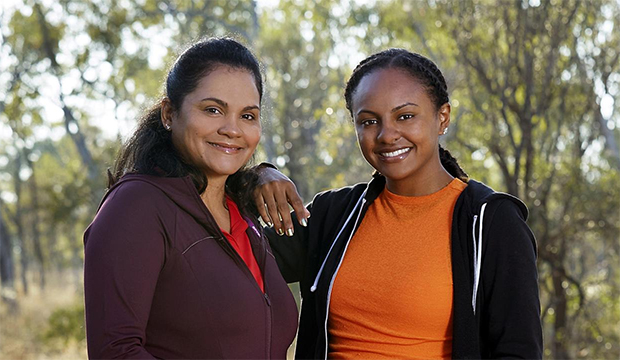 Australia’s Network 10 has announced that the “Australian Survivor: Blood V Water” premiere date will take place on January 31, 2022. This season has more buzz than ever before because it notably features America’s two-time champ Sandra Diaz-Twine as one of the 24 contestants. Here’s everything to know so far about the upcoming season of “Australian Survivor: Blood V Water,” including the cast list and the trailer. Bookmark this page as we’ll be updating when new information is revealed.

Video trailer
In December 2021, Network 10 released an extended preview featuring host Jonathan LaPaglia and several of the season’s castaways (watch below). “‘Survivor’ has always been an individual game,” teased Australia’s version of Jeff Probst. “But this season? That’s all about to change.” Grab the popcorn and watch the two-minute sneak peek right now.

Cast list
The 24 castaways were announced on January 23 — click here for photos. Among the cast members is Queen Sandra, who won both “Survivor: Pearl Islands” and “Survivor: Heroes vs. Villains,” with her daughter, Alanna “Nina” Twine. Former NRL player Michael Crocker will compete with his sister-in-law Chrissy Zaremba. And former 2017 Aussie contestants Mark Wales and Samantha Gash will return after falling in love and getting married.

Host with the most
As previously mentioned, Jonathan LaPaglia fills the Jeff Probst role down under. He is an actor and TV personality who is perhaps best known to United States citizens for playing time traveler Frank B. Parker in UPN’s “Seven Days,” Detective Kevin Debreno in CBS’s “The District” and Detective Tommy McNamara in Fox’s “New York Undercover.” LaPaglia has served as host of “Australian Survivor” since 2016, when Network 10 officially revived the reality TV show.

Familiar theme
If the season’s concept of “Blood V Water” sounds familiar to you, that’s because the American version of the worldwide reality TV sensation produced two such installments in 2013 (Season 27’s “Survivor: Blood vs. Water”) and 2014 (Season 29’s “Survivor: San Juan del Sur”). The theme is simple. Pairs of loved ones enter the game together, but they are split apart and put on opposite tribes where they must battle against each other in challenges. Once the merge hits around the halfway mark, the loved ones are reunited and can choose to play together.

How many days?
Unlike the American installment, which typically takes place over 39 days (although Season 41 and Season 42 both only ran 26 days due to Covid-19 obstacles), “Australian Survivor: Blood V Water” is a mammoth endeavor that will last 47 days. That’s right — the castaways are asked to outwit, outplay and outlast for a whole month and a half.

Location, location, location
Charters Towers, Queensland will serve as the setting for this installment of Australia’s reality show. Queensland was also the location where the previous cycle (“Australian Survivor: Brains V Brawn”) filmed. Due to the ongoing pandemic, the country’s borders remained closed. However, prior to Covid-19, production took place in tropical locales like Fiji and Somoa.

Prize money
The Australian winner typically takes home a $500,000 check in the season finale. Sure, that’s a big chunk of money, but it’s notably smaller than the American prize of a cool $1 million.

How to watch “Australian Survivor”
If you’re an American who’s just dying to know how to watch “Australian Survivor: Blood V Water” to see Queen Sandra return to the game that made her a household name, you’re out of luck. Despite earlier rumors, you will NOT be able to stream it each week on Paramount+ starting January 31. Aussie viewers can watch the reality TV show on Network 10 and 10play on demand. Jonathan LaPaglia recently caused some confusion when he posted on social media that it would be available on Paramount+. However, Diaz-Twine tweeted an unfortunate update on January 30 that directly contradicted LaPaglia’s statement. Gold Derby reached out to Network 10 for clarification and they responded, “Unfortunately it’s not available on Paramount+.”