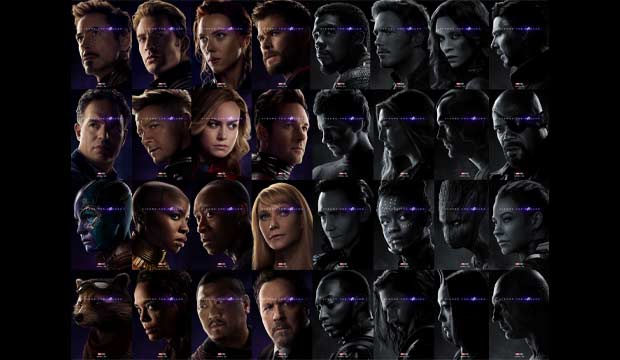 Marvel’s highly anticipated “Avengers: Endgame” will arrive in theaters on April 26. To whet fans appetites, the studio has just released 32 character posters showcasing the film’s large ensemble. Click through our special photo gallery above of all 32 posters, and see if your favorites will be returning.

SEEThe new ‘Avengers: Endgame’ trailer tells us absolutely nothing, but you know you’re going to watch this anyway

“Avengers: Infinity War” (2018) ended with Thanos (Josh Brolin) wiping out half of the world’s population at random with the snap of his fingers, including a few of our superhero friends. Those who survived are presented in full color, while those who disappeared into dust, possibly dead, are in black-and-white.

Of course, anything can happen in the world of Marvel, so perhaps those unfortunate souls will find their way back to life thanks to their still above-ground allies.