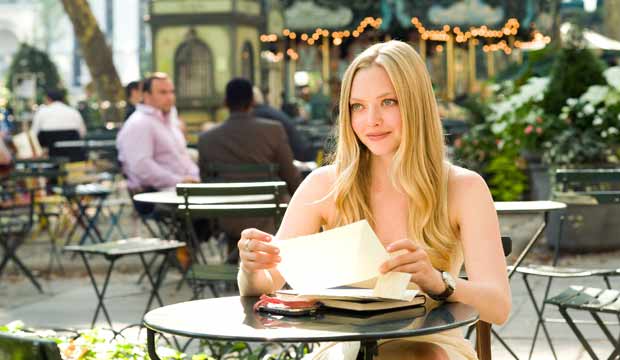 Ever since she broke into the film industry with her role as one of the mean girls in “Mean Girls,” Amanda Seyfried has been making regular appearances in romantic comedies, thrillers and horror films. Most recently she showed up in director David Fincher’s latest film, “Mank,” playing the similarly doe-eyed Hollywood starlet Marion Davies. Let’s take a look at the highlights of this young star’s career in our gallery of her best movies.

Seyfried started her acting career in a few small roles in soap operas and TV. After “Mean Girls,” Seyfried appeared in several indie films, which lead to a role on the HBO series “Big Love,” about a secretly polygamous Mormon family in Utah. From there she won the starring role in the hit musical “Mamma Mia!,” and she has slowly become a familiar face on the big screen. She even nabbed a SAG Ensemble award nomination for her role in the film adaptation of “Les Miserables.” Despite her relatively prolific career encompassing a variety of supporting and lead roles, however, Seyfried has struggled to earn serious awards consideration aside from that lone SAG bid.

Of course that could change this year with her role in “Mank,” which makes her a very serious contender for the Best Supporting Actress Oscar. A young actress finally getting the chance to show the depth she is capable of is always an enticing proposition for Oscar voters, and Seyfried does not disappoint. She does face some steep competition, including previous winners Olivia Colman and Ellen Burstyn, as well as 7 time nominee Glenn Close. There’s also the spoiler, Maria Bakalova, another young actress who burst on the scene with a hit comedy, the sequel to 2006’s “Borat.” Seyfried still holds her own in the category, and her sweet and sad portrayal of a Hollywood icon should easily help her nab her first Oscar nomination, and may even lead to her first win. To see how the actress’s career led to this moment, take a look at our gallery.