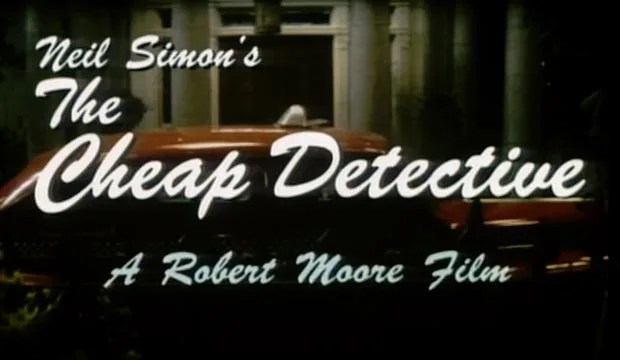 One of the most delightful surprises for the 2022 Emmy Awards was the unexpectedly large haul of nominations — 17 in all — garnered by “Only Murders in the Building.” The comedy mystery movie received more than twice as many as any other freshman comedy series. Though once a popular genre on TV, the comedy mystery series today might seem to stand out  as a bit of a novelty, but it’s only the latest variation on a long line of comic whodunnits in both film and literature. Particularly in the past 50 years, the comedy mystery film has been a familiar genre to moviegoers, and many helped to lay the groundwork for what “Only Murders” has taken to the next level.

SEEJohn Hoffman interview: ‘Only Murders in the Building’ showrunner

Comedy mysteries have been fertile ground for innovation, as well as delivering laughs both very light (“Clue,” “Murder By Death”), very dark (“Kiss Kiss Bang Bang”) and very shady (“Knives Out,” “The Last of Sheila”). They even have found favor with Academy Awards, with several comic whodunnits receiving multiple Oscar nominations and two (1934’s “The Thin Man” and 2001’s “Gosford Park”) even earning nominations for Best Picture.

So to celebrate the Emmy nomination success of “Only Murders in the Building,” let’s take a look back at 15 of the best comedy mystery films in movie history and ranking them from worst to best in our salute to comedy whodunnits.