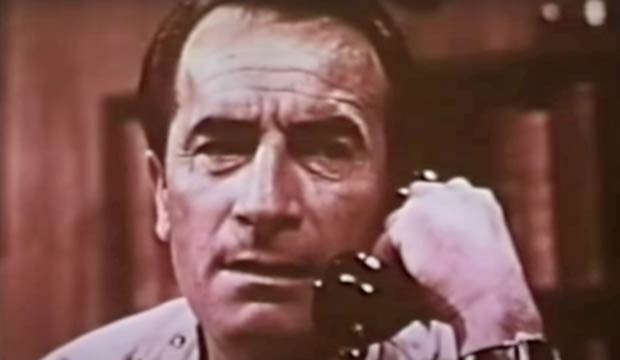 We recently brought you daytime’s most memorable divas, ranking the from worst to best in a photo gallery. And now we bring you the men who sent their hearts – and ours – aflutter. From the heroes who rescue our favorite damsels in distress to those ruthless villains who love to womanize, these are the men who have burned up our screens over the past 60 years.

Many of these actors were half of supercouple pairings who brought avid fans back day after day to see if they’d make it through the latest calamity and end up with a happily ever after. Who can forget Luke and Laura’s long-anticipated wedding? Or Cliff and Nina’s fairytale wedding that was the stuff little girls dream of? A few portrayed rivals with each other, with feuds between Adam Chandler and Palmer Cortlandt and Jack Abbott and Victor Newman creating some of the most fun-to-watch storylines on daytime. And then there are those who left their series for other pursuits, and were “killed off” – some more than once. The deaths of Jesse Hubbard and Roger Thorne are two of the most memorable, and Stefano DiMera’s deaths rival Erica Kane’s marriages!

Ironically, several of these actors were hired for short-term stints in roles that not only ended up being long-term, but turned into some of the most iconic in daytime. They impressed executives and viewers alike, and actors such as Anthony Geary, Maurice Benard, Eric Braeden, Jonathan Jackson, Darnell Williams, David Canary, Peter Bergman and Roger Howarth have turned in some of the most acclaimed performances in the genre. However, they were also brought on to be temporary “bad boys,” and the crimes committed by these men that went unpunished caused controversy. The actors themselves sometimes struggled with this, and worked with the writers to acknowledge sins of the past and find redemption for the characters.

As with the actresses, it was difficult to narrow the list down to 30. We’ve included lead actors who were part of their series from the beginning and whose legacies live on, the heroes we root for and the bad boys we love to hate. Tour our ranked photo gallery to see if you agree with our choices.