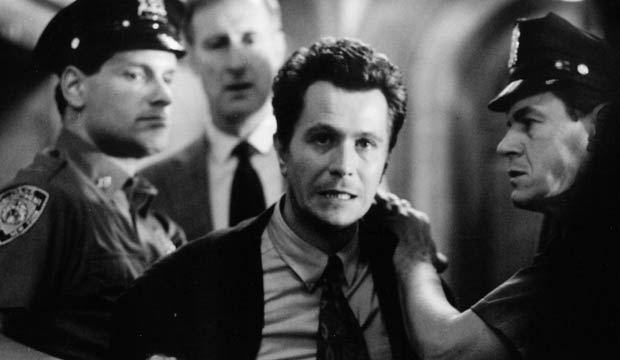 Born March 21, 1958, in London, Oldman began his acting career on the British stage in 1979, and made his film debut in “Remembrance” in 1982. In 1984, he reluctantly accepted the role of punk rocker Sid Vicious in “Sid and Nancy,” a performance which garnered him critical acclaim and launched a diverse and successful career that has spanned almost four decades, and includes everything from small indie films to blockbuster franchises.

With his ability to morph into any role, many times to the point of being unrecognizable, it’s no surprise that Oldman has received numerous accolades throughout his career. He won his first Academy Award and first Golden Globe for Best Actor in 2018 for “Darkest Hour,” and has received his third Oscar nomination for “Mank.” In 1997, he ventured behind the camera, writing, directing and co-producing the British film “Nil by Mouth,” winning the BAFTA for Best British Film and Best Original Screenplay. In 2001, he was nominated for a Primetime Emmy for his guest stint on “Friends” as the boozy actor who almost causes Joey to miss Monica and Chandler’s wedding.

There is a general consensus among critics and actors alike that Oldman is one of the greatest living actors. Roger Ebert often praised his work, calling him “one of the great actors, able to play high, low, crass, noble.” From real-life characters ranging from the tormented German-born Ludwig van Beethoven in “Immortal Beloved” to the noble British statesman Winston Churchill, to fictional characters that include his Oscar-nominated role in “Tinker Tailor Soldier Spy” to a Russian terrorist, a New York mobster and a conniving Illinois Congressman, Oldman breathes life into a variety of characters in a way that is unmatched. Tour our photo gallery to see where we rank his films.