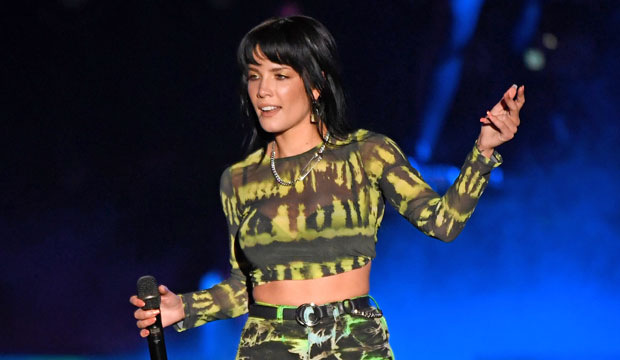 Halsey‘s fourth studio album “If I Can’t Have Love, I Want Power,” released on August 27, is “a concept album about the joys and horrors of pregnancy and childbirth,” which she experienced this past year with her partner, screenwriter Alev Aydin. In honor of its release we’re counting down her greatest hits so far, but we’re expecting plenty more from the young singer-songwriter in the years to come. What do you think of our rankings below? Do you agree with our number-one pick? Sound off in the comments.

Halsey broke out in 2015 with her debut studio album “Badlands.” It ended up certified double-platinum by the Recording Industry Association of America, but arguably an even bigger breakthrough came the following year when she was featured on the single “Closer” by The Chainsmokers, which spent 12 straight weeks at number-one on the Billboard Hot 100 and earned them a Grammy nomination for Best Pop Duo/Group Performance. That year Halsey was also nominated for Album of the Year as a featured artist on Justin Bieber‘s “Purpose.”

Her next two albums didn’t receive any Grammy nominations, and she joined the chorus of artists who have openly criticized the recording academy’s voting system, but she’s been doing just fine even without their validation. Her second album, “Hopeless Fountain Kingdom” (2017), and her third, “Manic” (2020), both went platinum and produced multiple hits, including her first chart-topper as a lead artist, “Without Me.” And her popularity with fans has won her trophies from the American Music Awards, Billboard Music Awards, MTV Video Music Awards, and Teen Choice Awards.

Throughout her career she has been outspoken about her personal life, from her struggles with bipolar disorder and endometriosis to her bisexuality. She has also been politically active, supporting Bernie Sanders in the 2016 and 2020 Democratic presidential primaries, speaking out for victims of sexual assault at the 2018 Women’s March, and marching in support of Black lives in 2020 after the murder of George Floyd by Minneapolis police. Clearly she’s never one to back down from a fight, and her music reflects that.