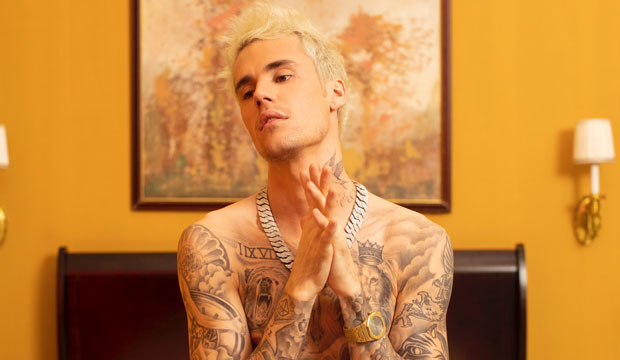 Justin Bieber shocked the music world by announcing his struggle with facial paralysis due to Ramsay Hunt syndrome, which forced him to postpone tour dates. We’re keeping the 28-year-old singer in our thoughts during his recovery. Let’s appreciate the music he has given us already by counting down his greatest hits spanning well over a decade. What do you think of our ranking and choice for number-one?

Bieber was famously discovered in 2008 when he was only 14-years-old. His debut EP, “My World,” dropped in 2009 when he was 15. And his debut single “One Time” was a top-20 hit that went five-times platinum. He was still 15 when he released his blockbuster “Baby” featuring Ludacris. It reached the top five, has been certified a remarkable 12-times platinum, and its video is one of the most watched of all time on YouTube with more than 2.5 billion views.

If you’re wondering how someone so young copes with that kind of worldwide notoriety, the answer is … not well. As is the case for many young celebrities who come into extreme fame and wealth from childhood, he was arrested multiple times for infractions including vandalism, drunk driving, and resisting arrest. Videos surfaced of him making racist jokes, and before he was even old enough to drink (legally), there was a petition to have him deported from the US that got enough signatures to force the White House to respond to it. (Spoiler alert: he wasn’t deported.)

SEEBillie Eilish songs, ranked: We rank the 20 greatest hits (so far) for the singer-songwriter

But Bieber had a personal and career resurgence in 2015 with the release of his album “Purpose,” which spawned the massive hits “Sorry” and “Love Yourself” and earned him a Grammy nomination for Album of the Year. To date he has won two Grammys out of 14 nominations. And thanks to his rabid fan base he has accumulated more than a dozen audience-voted American Music Awards and Teen Choice Awards, four MTV Video Music Awards, and almost two dozen Billboard Music Awards based on his success on the charts, among other achievements.

Not a bad rebound after a problematic adolescence. And his music has matured with him, incorporating hip-hop and R&B into his pop sound. He has even inspired the next generation of artists: Billie Eilish is an avowed Belieber. So which of his songs are your personal favorites?