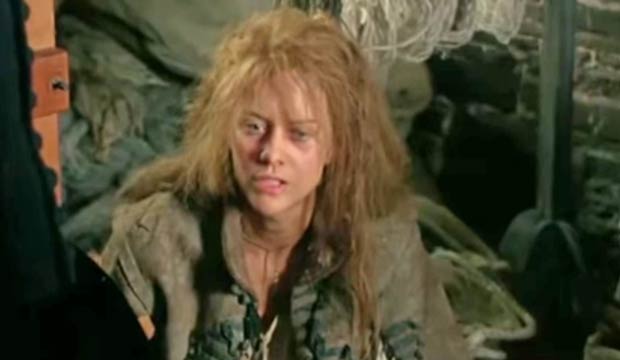 With her quirky personality and perky smile, Meg Ryan reigned as queen of romantic comedies for over two decades after stumbling onto an acting career during her college years. Over the past 30 years, the blond-haired, blue-eyed actress has carved out a diverse and successful career, making her one of the most popular actresses of her time.

Ryan was born November 19, 1961, in Fairfield, Connecticut. After graduating high school, she majored in journalism at New York University, and began acting to earn extra money, adopting the name Meg Ryan (taken from her grandmother’s maiden name). Following appearances in TV commercials and her film debut in George Cukor‘s final film “Rich and Famous,” Ryan gained fame as half of one of the most popular soap opera super couples with her portrayal of Betsy Stewart Montgomery on “As the World Turns” from 1982-1984. Her successes led her to drop out of college to pursue an acting career – a wise decision that led to her participation in some of the most iconic films of the 1980s and 1990s.

In 1986, Ryan snagged a small role in the blockbuster success “Top Gun,” playing the wife of Anthony’s Edwards‘ character. Some smaller roles followed over the next few years until 1989, when she received her huge breakout co-lead role as Sally Albright opposite Billy Crystal in “When Harry Met Sally,” which garnered her the first of three Golden Globe nominations and made her the go-to gal for romantic comedies. The following year, she paired for the first time with Tom Hanks in “Joe Versus the Volcano.” Her other two pairings with Hanks, “Sleepless in Seattle” (1993) and “You’ve Got Mail” (1998), would prove to be two of her most critically and commercially successful films to date and result in her other two Globe nominations.

Throughout the 1990s and into the early 2000s, Ryan was one of Hollywood’s most sought-out actresses, turning down roles in films such as “Silence of the Lambs” and gaining attention for films such as “When a Man Loves a Woman” and “City of Angels,” which ventured away from the rom-coms for which she had become famous. Since the early 2000s, she has appeared in a variety of films ranging from comedy to drama to thriller, even causing a bit of a stir with a graphic love scene in the 2003 erotic thriller “In the Cut.” In 2015, she made her directorial debut with the drama “Ithaca,” in which she co-stars alongside her son Jack Quaid.

Her bubbly personality will forever be associated with romantic comedies, many of which have a permanent place in film history and the hearts of cinephiles. However, she has proven her ability to play many different characters, and shown talent for behind-the-scenes work for both the big and small screens. Hopefully, we’ll see much more from this lovely lady in the coming years. For now, here is a ranking of her best films to date.

Tour our photo gallery featuring her 15 best films, including all of the ones mentioned above.