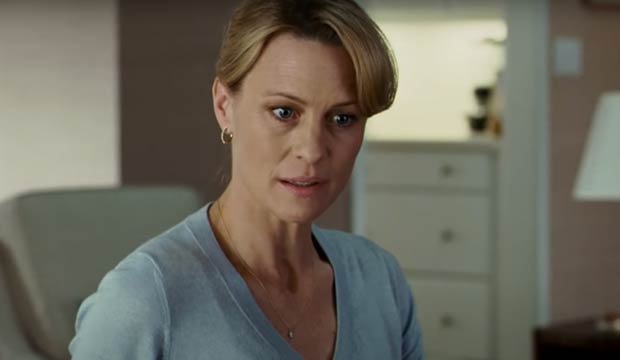 These days, actress Robin Wright is likely best known for her six seasons as Claire Underwood on “House of Cards.” Her character’s trajectory on Netflix’s often-rancid take on underhanded politics saw her ending up becoming the 47th President of the United States after co-star Kevin Spacey was forced to leave the show due to allegations of sexual misconduct. Wright collected six Emmy nominations as Best Drama Actresss and two for being an executive producer on the show. Wright also earned directorial stripes while calling the shots behind the camera for 10 episodes as well.

That experience has led her to make her directorial film debut with “Land,” in which she plays Edee, a woman filled with suicidal thoughts after suffering a tragic personal loss. She decides to go off the grid while moving into a grungy cabin in amongst the scenic mountains of Wyoming. Her attempts to chop wood, hunt for food and using an outhouse prove to be beyond her ability to adapt. But, eventually, this steadfast hermit who is cut off from the rest of the world engages with Demian Bichir’s Miguel, who teaches her survival skills while also re-engaging her sense of humanity.

In honor of her big-screen helming debut, here are 12 of Wright’s greatest movies, ranked from worst to best, including “The Princess Bride,” “Forrest Gump,” “Blade Runner 2049,” “Unbreakable” and “Wonder Woman.”