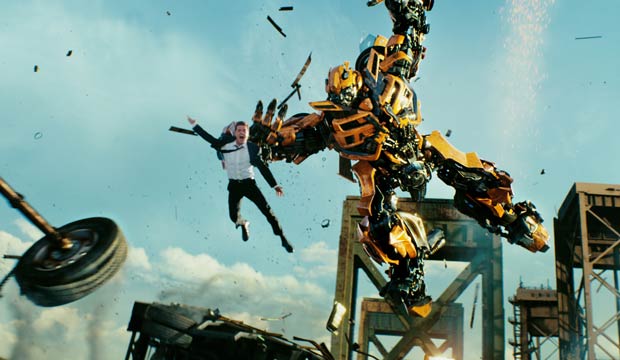 Shia LaBeouf began his acting career as a teenager on the Disney Channel series “Even Stevens.” He would be nominated for a Young Artist Award in 2001 and won a Daytime Emmy Award in 2003. He would make his big-screen breakthrough in the form of director Michael Bay’s live-action “Transformers” franchise launched in 2007 as human hero Sam Witwicky, who becomes involved in a war between the mechanical alien foes Autobots and Decepticons.

He was recruited to co-star as Harrison Ford’s greaser son Mutt Williams in 2008’s “Indiana Jones and the Kingdom of the Crystal Skull,” the fourth installment of the series directed by Steven Spielberg that is set in the 1950s. He ultimately would pull out of the “Transformers” films, allowing Mark Wahlberg to take over as the lead in 2014.

After that, he went on a humbling apology tour of TV talk shows, including those hosted by Ellen DeGeneres and Jimmy Kimmel. As he told DeGeneres, “Man, I went through, like, an existential crisis” while also owning up to experiencing “some hiccups, some judgment errors.” That included wearing a paper bag over his head printed with the words, “I’m not famous anymore” at the premiere of Lars von Trier’s “Nymphomaniac” earlier that year. He also gave a shout-out to the cop whose shoes he spat on after the “Cabaret” episode. And he made good on his promise of being photographed wearing a pair of hot pink leggings in public to raise $10,000 for breast cancer research.

He is still a bit of a bad boy, given that LaBeouf was charged with misdemeanor battery and petty theft during an altercation with a man in June 2020. But at the age of 34, LaBeouf has reclaimed his place as a highly desired leading man in such recent art-house films as “Honey Boy,” “The Peanut Butter Falcon” and the upcoming domestic drama “Pieces of a Woman,” a harrowing tale of a child birth that goes terribly awry that won acclaim at the Venice film festival this year. It just might prove competitive during the awards season.

Tour our photo gallery of LaBeouf’s 12 greatest films, ranked worst to best, including “Holes,” “A Guide to Recognizing Your Saints” and “American Honey.”