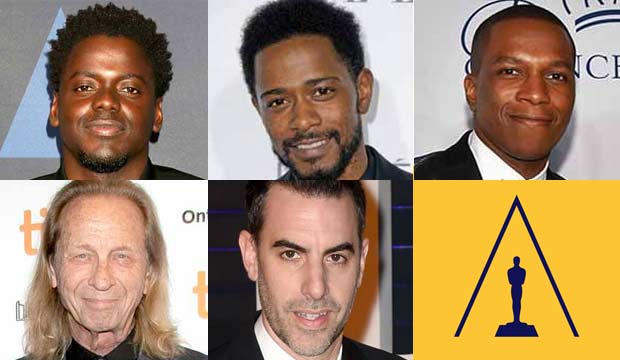 Eight plus decades worth of Best Supporting Actor Oscar races have proven that the outcome is often dependent on alignment with the other acting categories as well as Best Picture. Over the years, 18 different combinations have resulted in supporting male wins; several of these have achieved double digit success rates. Some of the 2021 contenders have the potential to join these established groups, while others could create one of their own.

Forty-eight (or 57%) of the Best Supporting Actor winning performances have been in Best Picture nominees, including the last eight in a row. This clear advantage has proven to be more of one when the film loses the top honor, as only 17 (or 35%) of these cases have resulted in wins in both categories. The supporting actor who triumphed most recently for appearing in a Best Picture winner is Mahershala Ali who did it twice (“Green Book,” 2019 and “Moonlight,” 2017). He was preceded by Javier Bardem (“No Country for Old Men,” 2008).

Forty supporting male winners entered their respective ceremonies with one or more lead-nominated costars. These instances have involved Best Actor contenders 24 times and Best Actress nominees 13 times, while three have had at least one of each. The only Best Supporting Actor recipient to prevail with three of his film’s stars nominated is Frank Sinatra (“From Here to Eternity,” 1954); Montgomery Clift, Burt Lancaster, and Deborah Kerr all lost in lead. Two actors have won this award for films that reaped double Best Actress bids: George Sanders (“All About Eve,” 1951) and Jack Nicholson (“Terms of Endearment,” 1984).

Again, from a featured actor’s perspective, it is more advantageous for his starring castmate to go home empty-handed. Only 10 of these 40 cases have led to both supporting and lead wins, the most recent two being Sam Rockwell and Frances McDormand (“Three Billboards Outside Ebbing, Missouri,” 2018) and Jared Leto and Matthew McConaughey (“Dallas Buyers Club,” 2014). Last year’s victor, Brad Pitt (“Once Upon a Time in Hollywood”), saw his lead-nominated costar (Leonardo DiCaprio) come up short, as did Ali the year before.

Twenty-two of the films that have produced winners in this category were also up for Best Supporting Actress, the most recent of which was “Moonlight.” Just eight films have won both awards, from “A Streetcar Named Desire” (Karl Malden and Kim Hunter) in 1952 to “The Fighter” (Christian Bale and Melissa Leo) in 2011. The six men who have taken this prize by directly competing against at least one supporting male castmate are Ben Johnson (“The Last Picture Show,” 1972), Robert De Niro (“The Godfather Part II,” 1975), Jason Robards (“Julia,” 1978), Timothy Hutton (“Ordinary People,” 1981), Nicholson, and Rockwell.

Analyzing past combinations shows that it is best for a contender in this category to enter Oscar night with no nominated costars and with his film not in the running for Best Picture. This has been the case for a full one-quarter of the winners, and it applies to Leslie Odom Jr. (“One Night in Miami”) this year. With a 17% success rate, the next most favorable scenario is appearing in a Best Picture nominee with no nominated costars, which is the case with Sacha Baron Cohen (“The Trial of the Chicago 7”). The third most Best Supporting Actor wins (13%) have gone to men whose films were in contention for Best Picture and Best Actor, but no other acting prizes. Paul Raci (“Sound of Metal”) could join that group.

Either of this year’s remaining two nominees, Daniel Kaluuya and LaKeith Stanfield (“Judas and the Black Messiah”), would set a new precedent. No actor has ever won this award for directly facing off against a castmate in a Best Picture-nominated film with no bids in the other three acting categories.