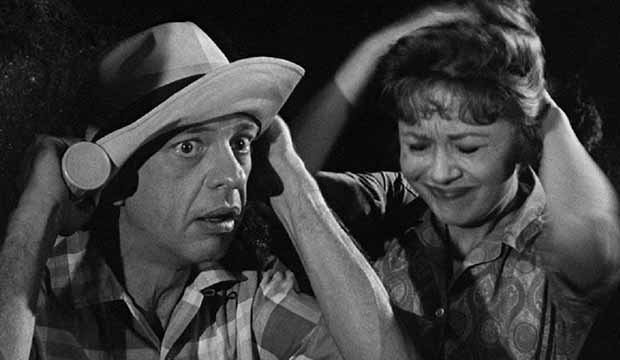 Celebrating its 60th anniversary on October 3, “The Andy Griffith Show” is one of the most charming comedies in the history of American television. The CBS program was never outside of the top seven in TV ratings throughout its eight-year run and continues a strong six-decade domination in syndication.

Starting with the 1960 debut as a spinoff from “The Danny Thomas Show,” the series starred comedian Andy Griffith as Andy Taylor, sheriff of small-town Mayberry in North Carolina. One of the keys to the popularity was casting Don Knotts as bumbling but well-meaning deputy Barney Fife. Audiences got to know the young Ron Howard as Andy’s son Opie, long before his successful time on “Happy Days” and decades before his Oscar-winning career as a film director and producer.

While Griffith never received an Emmy nomination for his work on the program, Knotts won five times as Best Comedy Supporting Actor. In fact, he is the only performer to ever win five Emmys without any losses. Only three other people have prevailed five times for the same role: Julia Louis-Dreyfus (with the record of six for “Veep”), Edward Asner (“The Mary Tyler Moore Show” and “Lou Grant”) and Candice Bergen (“Murphy Brown”).

While not a big Emmys favorite overall, the Television Academy has inducted several people involved into their TV Hall of Fame: Griffith, Howard (for acting and producing other projects), producer Sheldon Leonard, producer Danny Thomas, associate producer Jay Sandrich and composer Earle Hagen. And if you have any connection with a Hall of Fame voter, get in touch with them because it’s high time for Knotts to be inducted for playing one of the most iconic characters in television lore.