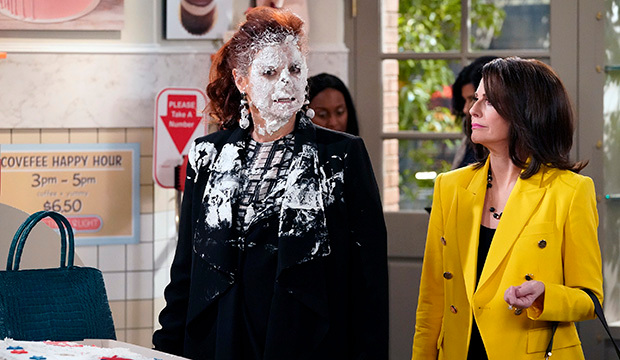 I have been very fortunate over the years to work for people who I consider to be excellent bosses – people I’ve learned from and who have helped me grow. Bosses can be some of the most nurturing individuals, but there are a few who can go over the top. Throughout the history of television, there have been all kinds of bosses, ranging from business owners on sitcoms, to leaders of government agencies, to ruthless CEOs. And they have provided some of the most iconic, award-winning performances in the history of the medium.

SEECarl Reiner Interview: ‘If You’re Not in the Obit, Eat Breakfast’

In the very early days of television, the groundbreaking series “The Untouchables” gave us the unforgettable Eliot Ness, and “The Dick Van Dyke Show” gifted us with the comedic genius of Alan Brady. In the glitz and glamour of the 1970’s and 1980’s, we tuned in each week to see what conniving business deals J.R. Ewing (“Dallas”) and Blake Carrington (“Dynasty”) were up to. And some of the most distinctive voices in the industry gave authority to some legendary characters – can’t you hear Jim Phelps (“Mission: Impossible”) instructing his team, Charlie Townsend (“Charlie’s Angels”) doling out assignments and Mr. Roarke welcoming his guests to “Fantasy Island”?

From the neurotic antics of Michael Scott (“The Office”) and Grace Adler (“Will and Grace”) to the gruff Lou Grant (“The Mary Tyler Moore Show”), the tormenting Louie De Palma (“Taxi”), the quiet authority of Isaac Jaffe (“Sports Night”), from the scheming Montgomery Burns (“The Simpsons”) to the friendly Captain Stubing (“The Love Boat”), here are some of the best TV bosses who have made us laugh and sometimes made us cringe, but have always entertained us.

Tour our photo gallery featuring all of these characters. Where does your favorite rank among of our Top 30 for the best of the best.