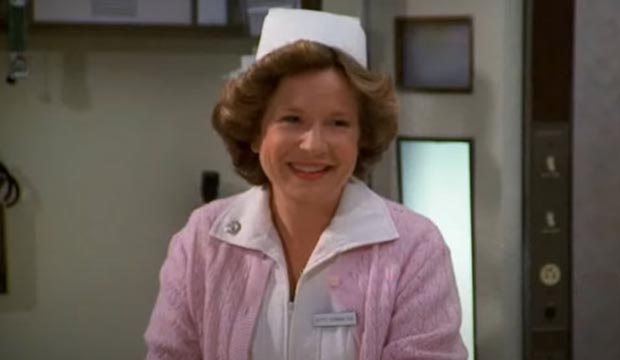 I wanted to be a nurse at one point. Then I realized I can’t handle gross stuff – and nurses have to do a lot of that. Although doctors often get the glory, it’s the nurses who do much of the work, and we’re hearing the stories of these compassionate caregivers going above and beyond during this critical time.

Unfortunately, nurses sometimes have been portrayed as an assistant or “sidekick” to the doctor, or as women who are just looking to marry a doctor. In reality, nurses are the ones who have more one-on-one time with the patient, are often the ones who provide essential patient care and the ones who do the grueling work. Nurses are very much partners with their doctors.

Fortunately, there are television shows that portray these professional caregivers as the vigilant workers they are. Sometimes we have the funny side character, such as Kitty Forman (“That 70’s Show”) or Ann Perkins (“Parks and Recreation”), whose nursing skills are doled out to their family and friends. But then we have the likes of Major Houlihan (“M*A*S*H”) or Lieutenant McMurphy (“China Beach”), who show us strong compassionate women in the midst of war and chaos. Or Nurses Rosenthal (“St. Elsewhere”), Hathaway (“E.R.”) and Jackie (“Nurse Jackie”) who portray the devastating effects that the pressures of the job can have on a personal life, while at the same time continuing their tireless devotion to their trade. And the nursing profession has provided some groundbreaking roles for women in this medium, with the first non-traditional Latina and African-American professional women on television being nurses. But the contributions of men to this profession haven’t been ignored, with Nurses Petrelli (“Heroes”) and Parker (“Private Practice”) showing men succeeding in this career.

Some of my favorite television characters of all time are on this list. Many of these are shows I watched growing up, and the most vivid characters I remember are these wonderful nurses. Enjoy our National Nurses Day photo gallery ranking the 20 best TV nurses. As with our other professionals galleries, we are only selecting one nurse per program.