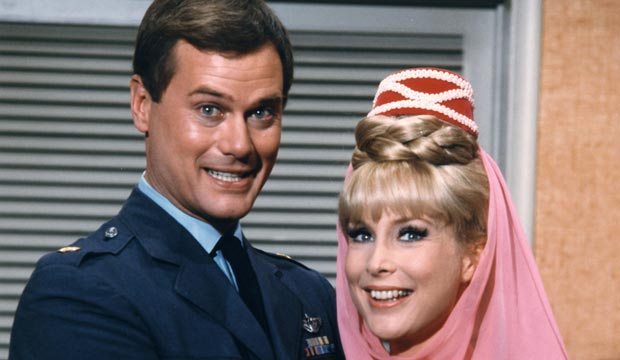 “Dragnet.” “Mission Impossible.” “The Twilight Zone.” “Law and Order.” Odds are even if you’ve never seen an episode of these television shows, you’ve heard their theme songs, and they are now going through your head. These are just a few of the iconic scores from television series that have become ingrained in our popular culture. How does a short bit of music snake its way into our memories, and become a great theme song?

If you have memories of sitting barefoot in front of the television after a hard day of play, or staying home sick from school and snuggling on the couch with a favorite program playing, or gossiping with friends about the “I can’t believe that happened!” moment on a popular series, then it is likely that a familiar tune will take you back to one of those moments in time. A funky disco-infused number with guns firing take me back to my elementary school days, and three female private detectives who I thought were the coolest women who ever lived. A big, dramatic score reminds me of the glory days of the nighttime soaps, and the anticipation over the “Who shot J.R.?” storyline. And just a few chords from “M*A*S*H” or “Murder, She Wrote” bring back sweet memories of my long-deceased mother, and how we enjoyed watching these series together.

There are so many great themes that it was hard to choose which ones should make the list; so many in fact, that we’ve divided it into two. This list comprises some of the most memorable compositions which are instrumental only; a few had lyrics but were not sung as part of the introduction to the program. They are all original scores from some of the finest composers from the past 60-plus years, including Henry Mancini, Danny Elfman, Quincy Jones and Paul Anka. The most prolific fellow on this list is Mike Post, who has five scores included, most of which are among the few television theme songs to chart on the Billboard 100.

I hope you enjoy this stroll down memory lane as much as I have. Did your favorite theme song make the cut in our photo gallery above? Two rules to be included in the gallery: each song must be an original and must be from a primetime show (plus one late night choice). Our list of 40 instrumental themes includes “Sanford and Son,” “The Rockford Files,” “Downton Abbey,” “Game of Thrones” and more. Stay tuned for our ranking of the 40 best vocal themes in the near future.