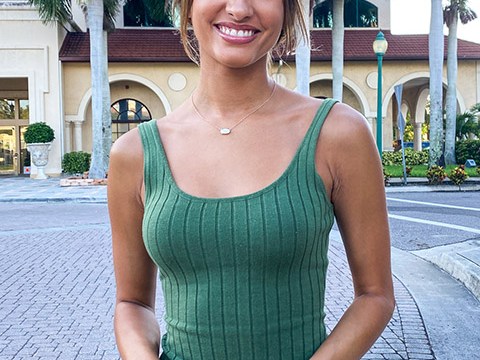 You know that things are slowly getting back to normal when “Big Brother” is back for the summer. After COVID-19 delayed Season 22, which ended up being the show’s second all-stars installment, until August last year, Season 23 will debut at a relatively normal time. Here’s everything to expect (including the unexpected) from the new season.

It will premiere in July.
“Big Brother 23” will premiere on Wednesday, July 7 at 8/7c on CBS with a live 90-minute episode (tape delayed on the West Coast). While “Big Brother” has bowed in late June in recent years except in 2020, early July was its original premiere timeframe, so we’re essentially going back to the old way of doing things. The series itself premiered on July 5, 2000, and every subsequent season, save for the Season 9 winter outing in 2008, premiered in early July through Season 14 in 2012.

Once it moved to a late June premiere, we started getting those long seasons of upwards to 99 days in the house. Assuming the season will still end in mid-September before the new broadcast season kicks off, this later start likely means Season 23 will clock in around 75 like the last three early July installments.

It will feature a brand new cast.
Meet the 16 newbies here or in the gallery above. They include a farmer, a forensic scientist and a phlebotomist. They are also very much on the young side. On July 5, two days before the premiere, Christie Valdiserri was replaced by Claire Rehfuss after the former, who’s been vaccinated, tested positive for COVID-19. A brand new cast was desperately needed after what a bore last season turned out to be thanks in part to pre-gaming by the returning houseguests. Give us new blood and chaos!

There will be another live move-in.
Like last year, the houseguests will move in live on the premiere in groups of four.

There will be teams.
“Big Brother” is resurrecting the team twist as a way to combat the large alliances and groupthink that have taken over the last few seasons. Houseguests will compete live during the premiere to determine the team captains, who will select their three other members. The teams will last through the first four weeks of the show. The team with the HOH on it will be safe for the week. The three unsafe teams will send one member to compete in the Wildcard Competition (the Sunday episode comp) to win safety just for themselves, not their whole team. If the winner chooses safety, that will unleash a punishment that could affect up to the entire house.

It has an apt theme.
And that is Big Risks and Big Rewards. Houseguests are in for a “high-stakes summer” and “one wrong gamble could cost them everything,” per CBS. But also, isn’t that just the show in general? Nevertheless, it sounds very Vegas-y. Makes sense since “CSI” is coming back into our lives.

The house theme is…
BB Beach Club with a casino vibe as well. There are also some big changes — tour the house here. The backyard will feature a casino backdrop on the premiere. Meanwhile, Julie Chen Moonves will make a double-or-nothing offer that might be too good to refuse at the end of the premiere.

Its weekly schedule is the same.
No change here. “Big Brother” will maintain its Sundays (8/7c), Wednesdays (8/7c) and Thursdays (8/7c, live evictions) rotation, with the first Sunday episode set for July 11. Last season, the Sunday episodes moved to Mondays for the last couple of weeks in October to make way for some classic movies, but we probably won’t have to worry about that this time.

Yes, live feeds will obviously be back.
If you haven’t kept up with the twists and turns in the streaming wars since Season 22 ended, CBS All Access has been rebranded into Paramount+, so that’s where you’ll find the live feeds. If you already had an All Access account, you’re all set as all the existing ones just rolled over, but if you’re one of those people who cancels a subscription after the season is over, then you’ll need to sign up.