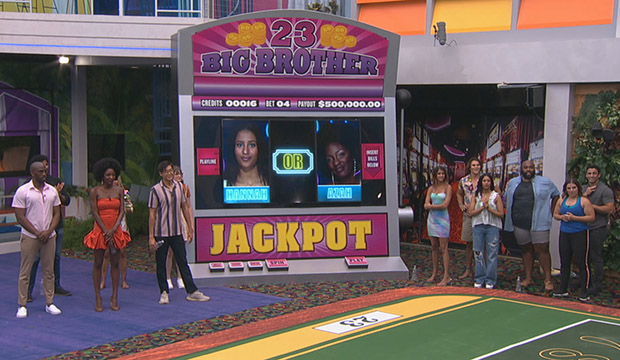 “Big Brother 23” launched Wednesday, July 7 with a live 90-minute premiere, and after that was out of the way, it settled into the typical triple-episode weekly groove on Sundays/Wednesdays/Thursdays. But now as the season is winding down, the schedule gets slightly more chaotic. Here’s how it breaks down (all times ET):

Sunday, Sept. 19
No episode because of the Emmy Awards

SEE Everything to know about ‘Big Brother 23’

It’s really that simple until September with the Emmys sidelining it for one Sunday and the football season and “Survivor” kicking off (no pun intended). There are two double evictions, scheduled for Thursday, Sept. 9 and Sept. 16, but the latter is a two-hour episode (which is what led to fans surmising that there’d be a triple eviction). There are two Friday episodes on Sept. 17 and Sept. 24. Since “Big Brother” is off on Sunday, Sept. 19 because of the Emmys, the Sept. 17 episode will be the nominations episode that would’ve normally aired that Sunday. The Sept. 24 episode could be the clip show it usually does at the end of every season.

Since this season started in July — the first July premiere since Season 14 in 2012 — it will clock in at 85 days, the same as last season. That’s down considerably from the marathon 99-day installments we’ve had in recent, non-COVID-impacted years.