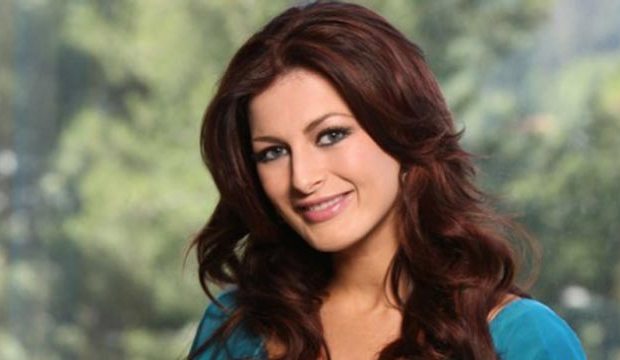 “Floaters, you better grab a life vest!” This iconic quote came courtesy of “Big Brother” legend Rachel Reilly after she won Head of Household in Season 12 and blasted her fellow houseguests for watching the game from the sidelines rather than making big moves. Rachel was evicted a week later, but her battle cry remains one of the most memorable moments in “BB” history. The competitive cocktail waitress returned in Season 13 and took home the grand prize after racking up four HOH wins and claiming the Power of Veto twice.

While many players relied on their social games or perceived weaknesses to float under the radar in the “BB” house, others took matters into their own hands by winning the coveted HOH and Power of Veto contests. Making power moves and proving to be competition beasts has worked out better for some than others, but if they didn’t win “Big Brother,” these houseguests certainly won’t be called floaters! So which players have won the most HOH and POV contests in the history of the CBS reality competition series? Below are the biggest comp beasts in “Big Brother” history.

Cody Calafiore (Seasons 16 & 22)
In Season 16 Cody won three HOH competitions and three POVs en route to his second place finish to Derrick Levasseur. Cody returned for All-Stars in Season 22, upping his total in both categories, winning four HOH contests and four Veto competitions, bringing his overall total to 14. He was crowned the winner of “BB All-Stars,” sweeping Enzo Palumba by a vote of 9-0 without sitting on the block once. Total wins: 14

Paul Abrahamian (Seasons 18 & 19)
Paul won three HOH competitions and three POVs in Season 18 before losing to Josh Martinez in the finale by a 5-4 vote. He returned in Season 19, winning three HOH contests and five POVs before brutally losing to Nicole Franzel in another 5-4 jury vote on finale night. Total wins: 14

Janelle Pierzina (Seasons 6, 7, 14 & 22)
The “Queen of Big Brother” made her debut in Season 6, placing third after winning a pair of HOH and POV competitions. She returned in Season 7, winning four HOH contests and a record-breaking five POVs only to take third place again. The most prolific female competitor in “BB” history returned for seasons 14 and 22, but was targeted early without winning a thing. Total wins: 13

Dani Briones (Seasons 8, 13 & 22)
Dani entered the “BB” house guns blazing in Season 8, winning two HOH competitions and a record-tying five POVs before losing to her father, Dick Donato, in the finale. She returned in Season 13, winning another pair of HOH contests but went home in eighth place. In Season 22 she didn’t fair much better, adding one HOH to her tally and finishing in seventh place. Total wins: 10

Tyler Crispen (Seasons 20 & 22)
Tyler won HOH three times and picked up three POVs in Season 20 before before losing to Kaycee Clark in a 5-4 vote on finale night. He returned for All-Stars in Season 22, picking up two keys to the HOH room along with a pair of Vetoes, but was only able to manage sixth place. Total wins: 10

Nicole Franzel (Seasons 16,18 & 22)
Slow and steady wins the race for Nicole, who made her debut in Season 16 with three HOH wins, placing seventh. She returned in Season 18 with two HOH wins and a pair of Vetoes prior to taking the grand prize with a 5-4 jury vote over Paul Abrahamian. Nicole returned to All-Stars adding one HOH and one POV to her resume, but ultimately went home in third place. Total wins: 9

Rachel Reilly (Seasons 12 & 13)
Season 12 wasn’t kind to Rachel and she was sent packing in ninth place after two HOH reigns. She returned as a competition beast in Season 13, upping her game with four HOH wins and two POVs. Rachel won Season 13 by a jury vote of 4-3 over Porsche Briggs. Total wins: 8

Frankie Grande (Season 16)
Frankie only participated in one season and managed just fifth place, but in his short run in the “BB” house he was an absolute monster in the challenges. He frustrated his fellow houseguests with five HOH reigns and three POVs before they were finally able to oust him from the game. Total wins: 8

Jackson Michie (Season 21)
Jackson played it straight, winning four HOH contests and pulling out four POV victories on his way to becoming the Season 21 champ. He defeated his girlfriend Holly Allen by a vote of 6-3 to take home the $500,000 grand prize. Total wins: 8