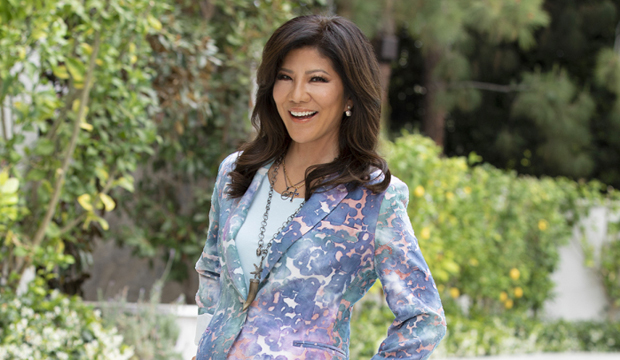 The first episode of “Big Brother” aired on July 5, 2000 in the United States, hosted by Julie Chen Moonves. Based on the 1999 Dutch reality TV show of the same name, the program tasks everyday people with living in a house completely cut off from the outside world and surrounded by countless cameras and microphones. While the premise is simple, the show’s title is slightly more complicated. So why is “Big Brother” called “Big Brother”? Read on for the meaning of the show title name explained.

The name “Big Brother” comes from George Orwell‘s dystopian book “Nineteen Eighty-Four,” published in 1949. “Big Brother” is a mysterious character in that novel who’s an all-seeing leader of the totalitarian nation. All of the civilians in the society live under constant surveillance by their government, with the phrase “Big Brother is watching you” on full display so they never forget.

Over the past century the phrase has become synonymous with citizens being monitored by their officials, which is why it’s the perfect title for a reality TV show about people who are being watched at all times. The novel leaves open to interpretation whether “Big Brother” is a real person or if he’s more symbolic, sort of like America’s Uncle Sam. In the case of the television series, you could make the argument that the producers and/or we the viewers are actually “Big Brother.”

When the show first debuted in the United States, Orwell’s estate sued the production company (Endemol) and the network (CBS) over use of the concept of “Big Brother,” claiming it was too similar to “Nineteen Eighty-Four.” A settlement was reached after legal proceedings, though the exact payment has never been revealed.

Two decades later, “Big Brother” continues to be one of the most reliable ratings hits for CBS during the summer months. The show typically airs three nights a week, with one episode each week broadcasting live and hosted by Moonves. That’s when the houseguests vote to evict one of their own, with that player then exiting the house and leaving the competition.