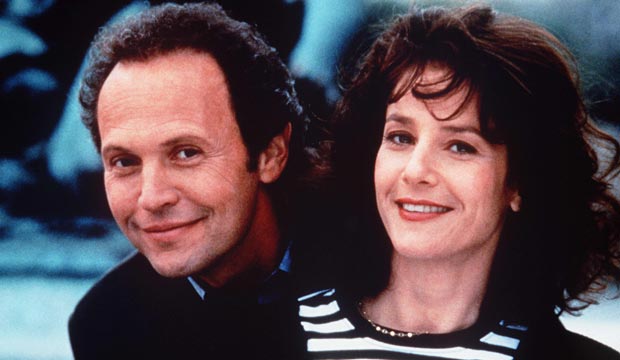 Happy 71st birthday to the great Billy Crystal on March 14, 2019!  Famed as an actor, stand-up comic, writer, producer, director, television host and avid New York Yankees fan, Crystal will also be known for his nine stints as host of the Academy Awards, a number that is second only to Bob Hope‘s 18. Although Crystal will always be associated with Oscar, the irony is that he has never been nominated for an Oscar himself. (He has, however, been nominated three times as Best Actor at the Golden Globes.)

Still, that doesn’t mean he’s any stranger to awards. Crystal has been nominated for two Grammy Awards and hosted the show three times. He won a special Tony Award in 2005 for his one-man show “700 Sundays” and earned two Emmy nominations for the television adaptation of that production. In fact, Crystal, who first broke TV taboos playing a gay character on ABC’s “Soap” in the 1970s, has along the way received 24 Emmy nominations, winning six, including two for hosting the Oscar ceremony.

Crystal is also known for his humanitarian work, most famously with his involvement with Comic Relief, regularly co-hosting the charity’s telethons specials with Whoopi Goldberg and Robin Williams. So let’s raise a glass and salute that all-around good guy Crystal by counting down and ranking his 12 best screen performances.  Our photo gallery above, ranked worst to best, includes “When Harry Met Sally,” “City Slickers,” “The Princess Bride,” “Analyze This” and more.