“The last show, it was emotional,” admits “Black-ish” costume designer Michelle R. Cole about the eighth and final season of the ABC comedy about the affluent Johnson family. The series ended with the family dressed in black as they held a jazz funeral for their former home that they were moving on from. “It even makes me tear up a little bit now because it was such an emotional show for us.” We talked with Cole as part of our “Meet the Experts” TV costume designers panel. Watch our exclusive video interview above.

But that bittersweet finale belied a show whose wardrobe was bursting with color. “When we did the pilot, I think we established that in the very beginning of this show, with Kenya Barris, ABC and all the executives, that we wanted color — and, you know, I did ‘In Living Color,'” Cole remembers. “I love doing it. I love texture. And I just think that’s what they represented as a Black, upper-class family, was that we do enjoy color as a culture … I think it played well on this show for the last eight years.”

“Black-ish” didn’t just end with a celebratory bang, though. It also started that way with an A-list guest star who has made fashion statements on the world stage: former First Lady Michelle Obama, who appeared in the season premiere where Bow and Dre (Tracee Ellis Ross and Anthony Anderson) hit the jackpot when looking to make new adult friends.

“It was so amazing,” says Cole. “There was a lot of discussion with her press secretary and all the people. There were a lot of Zoom calls, so it was really very exciting … She had two changes, and we worked with her stylist and told her the colors and things that we had. So we all collaborated and did a fantastic job with her.” All in all, not a bad way for a costume designer to close a chapter in her career. 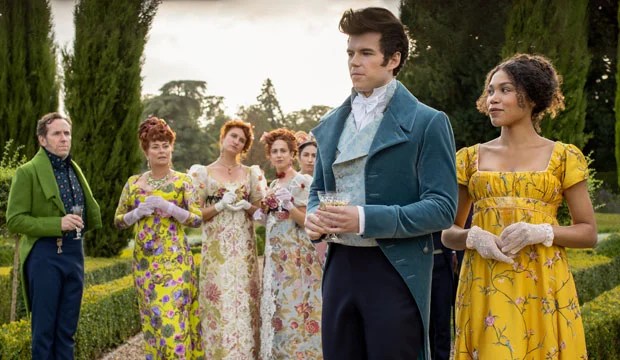