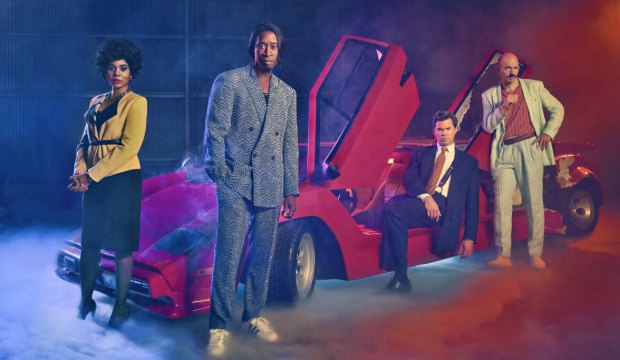 “Black Monday” returned for its second season this past March. The financial industry satire follows the Jammer Group, a fictional Wall Street trading firm at the center of the real-life title event: the sudden stock market crash that took place on October 19, 1987. This year the show explored the aftermath of that crash. Scroll down for our exclusive video interviews with top Emmy contenders from the show.

Don Cheadle stars as Maurice Monroe, who ran the Jammer Group until he was framed for causing the crash. He was already nominated for Best Comedy Actor at the Emmys, the show’s only bid for its first season in 2019. But that was Cheadle’s ninth career nom. He first broke through with a pair of bids in 1999 for his supporting role in the limited series “The Rat Pack” and his lead role in the telefilm “A Lesson Before Dying.” Then came a supporting nomination for the film “Things Behind the Sun” in  2002, a guest nom for “ER” in 2003 and a string of four Best Comedy Actor bids for “House of Lies” from 2012 to 2015. But he hasn’t picked up a trophy yet, so he’s due for recognition.

Impressively, Showtime has had at least one nominee for Best Comedy Actor every year since 2011, including  both Cheadle roles, Matt LeBlanc in “Episodes” and William H. Macy in “Shameless.” But could the show also break into Best Comedy Series this time? The door is certainly open since last year’s winner “Fleabag” and last year’s nominees “Russian Doll,” “Veep” and “Barry” aren’t eligible to return. And there is an eighth nomination slot up for grabs after the television academy expanded its top categories. Follow the links below to see what some of the show’s creative team has to say.