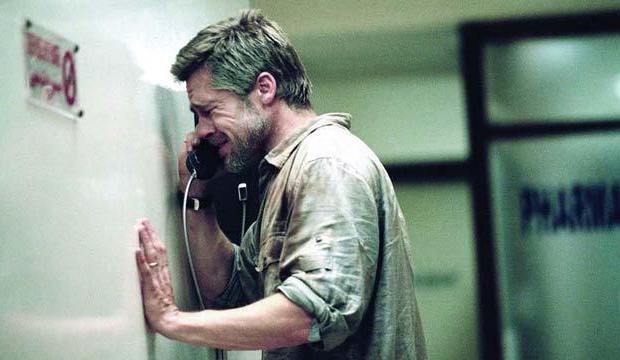 Brad Pitt is an Oscar winner but has never taken one home for his acting career. That could change this year as he’s already won the Golden Globe, SAG and Critics Choice prizes for his stuntman role in the Quentin Tarantino film “Once Upon a Time in Hollywood.” He’s now nominated for the seventh time at the Academy Awards, this time as Best Supporting Actor. It’s his fourth as an actor along with three for producing (one of those for “12 years a Slave” brought him a victory in the Best Picture category). In honor of his latest achievement, let’s celebrate by binging some of our favorite Pitt movies on Netflix right now.

Unfortunately, “Hollywood” isn’t currently available on the streamer, but that shouldn’t stop you from enjoying some of these other titles, including Pitt and Tarantino’s previous collaboration “Inglourious Basterds” (2009) or his Golden Globe nominated turn in “Babel” (2006). There’s even got a Netflix original, the military satire “War Machine” (2017), for your viewing pleasure.

In addition to his awards success for “12 Years a Slave” and “Hollywood,” Pitt competed at the Oscars for “Twelve Monkeys” (Best Supporting Actor in 1995), “The Curious Case of Benjamin Button” (Best Actor in 2008), “Moneyball” (Best Picture and Best Actor in 2011) and “The Big Short” (Best Picture in 2015). “12 Monkeys” brought him his first Golden Globe victory, and he also contended for all of his Oscar nominated titles, as well as “Legends of the Fall” (1994) and “Babel.”

So before you watch Pitt’s Oscar acceptance speech, plop down on the couch and enjoy these Brad Pitt favorites.