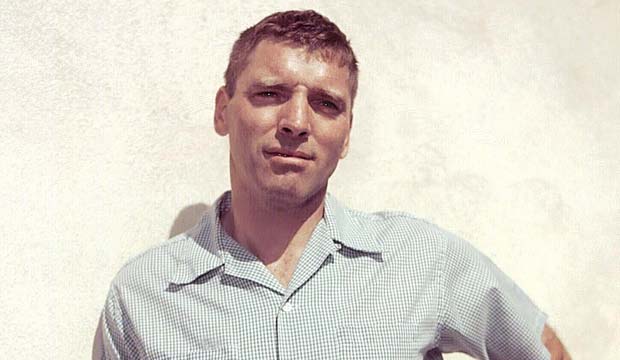 Burt Lancaster would’ve celebrated his 105th birthday on November 2, 2018. The Oscar-winning actor appeared in dozens of movies until his death in 1994. But which titles are among his finest? In honor of his birthday, let’s take a look back at 20 of Lancaster’s greatest films, ranked worst to best.

Born in 1913, Lancaster got into acting after performing as an acrobat in the circus. He made his movie debut in 1946 with a leading role in the quintessential noir thriller “The Killers” (1946). He earned his first Oscar nomination as Best Actor for Fred Zinnemann‘s wartime drama “From Here to Eternity” (1953), winning the prize just seven years later for playing a fast-talking preacher in “Elmer Gantry” (1960). Lancaster would compete twice more in the category (“Birdman of Alcatraz” in 1962 and “Atlantic City” in 1981).

In the 1950s, the actor decided to chart his own career by forming the production company Hecht-Hill-Lancaster, which churned out a number of successful titles including the Best Picture-winning “Marty” (1955). Several of Lancaster’s best films came out of this period, including “Sweet Smell of Success” (1957), “Separate Tables” (1958), and “Birdman of Alcatraz.”

Tour our photo gallery of Lancaster’s 20 greatest films. Full disclosure, this was a tough one to narrow down, and an even tougher one to pick a “best of the best” for. Do you agree with our #1 choice?

20. THE SCALPHUNTERS (1968)
This western comedy from Sydney Pollack stars Lancaster as a rugged fur trapper forced to trade some valuable pelts to a tribe of Kiowa Indians in exchange for an educated slave (Golden Globe-nominee Ossie Davis). The two pair up to recover the furs while evading a gang of scalphunters (led by Telly Savalas and Shelley Winters).

19. THE SWIMMER (1968)
In this cult oddity from the husband and wife filmmaking team of Frank and Eleanor Perry, Lancaster plays a prominent ad man who decides to make his way through Connecticut by swimming in one pool after another. Along the way, he encounters people and places that spark memories from his past.

18. THE CRIMSON PIRATE (1952)
A winking throwback to the kind of swashbuckling epics Errol Flynn would’ve made in the 1930s and ‘40s, “The Crimson Pirate” stars Lancaster as the charming leader of a gang of traveling marauders. While looting a British war ship, they become entangled in a political revolution on the Caribbean island of Cobra. Though he at first plans to double-cross the rebel leader “El Libre” (Frederick Leister), his plans soon change when he falls in love with the beautiful Consuelo (Eva Bartok).

17. SEVEN DAYS IN MAY (1964)
Though it was released in 1964, John Frankenheimer’s “Seven Days in May” plays like an eerie cautionary tale for the Donald Trump era. It centers on a military coupe, led by General James M. Scott (Lancaster), to take over the United States when the liberal President (Frederic March) appears soft on Russia. It’s up to the loyal Colonel Martin “Jiggs” Casey (Kirk Douglas) to help the Commander in Chief stop this diabolical plot before it’s too late.

16. THE ROSE TATTOO (1955)
Most of the praise for this sensuous Tennessee Williams adaptation usually goes to Anna Magnani’s Oscar-winning performance as a Southern widow who falls in love with a rakish truck driver (Lancaster). But there’s much to commend about Daniel Mann’s film, which creates an onscreen romance as hot and sweaty as a Louisiana summer day.

15. AIRPORT (1970)
“Airport” kicked off a string of films featuring A-list casts facing impending doom. In this case it’s an airplane filled with colorful characters who have to make an emergency landing during a blizzard when their craft is damaged by a mad bomber (Van Heflin). Lancaster plays Mel Bakersfield, the airport manager assisting from the ground while also dealing with a divorce from his wife (Dana Wynter) and problems with his assistant/mistress (Jean Seberg).

14. COME BACK, LITTLE SHEBA (1952)
Shirley Booth became the first person to win an Oscar and a Tony for the same role with this adaptation of William Inge’s stage hit. She plays Lola Delaney, a frumpy housewife desperately awaiting the return of her runaway dog, Sheba. Her life continues to spiral when her alcoholic husband, Doc (Lancaster), becomes infatuated with a beautiful young boarder (Supporting Actress nominee Terry Moore).

13. BRUTE FORCE (1947)
After making his movie debut in “The Killers,” Lancaster returned to the crime genre with this searing prison epic from Jules Dassin. Set inside a maximum security penitentiary, “Brute Force” centers on a worn out inmate (Lancaster) living under the sadistic rule of a ruthless guard (Hume Cronyn). Tired of the abuse, he plots an escape, but not before giving that guard his comeuppance.

12. FIELD OF DREAMS (1989)
Lancaster made his final big screen appearance in this sentimental sports drama about an Iowa farmer (Kevin Costner) who builds a baseball diamond in his corn field at the behest of a mysterious voice. He provides second chances for several people, including disgraced ballplayer Shoeless Joe Jackson (Ray Liotta), a reclusive writer (James Earl Jones), and a kindly septuagenarian (Lancaster) who gave up his dreams of baseball to become a doctor.

11. THE TRAIN (1965)
“The Train” was nearly derailed on it’s way to theaters. Director Arthur Penn was replaced three days after filming began because Lancaster was dissatisfied by his emphasis on emotion over action. He was replaced by John Frankenheimer, got the caboose back on track and created a nail-biting masterpiece. Set during WWII, the film centers on the efforts of a French Resistance leader (Lancaster) to stop a Nazi Colonel (Paul Scofield) from moving stolen art pieces via train to Germany.

10. SEPARATE TABLES (1958)
“Separate Tables” is like “Grand Hotel” for Brits, an ensemble drama about an eclectic group of vacationeers at a seaside resort. David Niven won Best Actor (with a whopping 24 minutes of screen time) for playing an alleged war hero who strikes up a relationship with a timid spinster (Best Actress-nominee Deborah Kerr). Also present are a long-married couple (Lancaster and Rita Hayworth) trying to reignite their romance despite the presence of his mistress (Supporting Actress-victor Wendy Hiller).

9. JUDGMENT AT NUREMBERG (1961)
This long, engrossing adaptation of Abby Mann’s “Playhouse 90” television play remains one of the most powerful dramas about the atrocities of the Holocaust. Directed by Stanley Kramer, “Judgment at Nuremberg” centers on an American judge (Spencer Tracy) in 1948 Germany presiding over the trial of four Nazi officials convicted of war crimes. Lancaster plays Dr. Ernst Janning, one of the notable defendants.

8. LOCAL HERO (1983)
This hidden gem from Bill Forsyth stars Lancaster as a Texas oil magnate who sends an employee (Peter Riegert) to a small village off the coast of Scotland in the hopes of snatching up land for drilling. Yet while the citizens are more than happy to sell, this little hamlet is just too magical to destroy. “Local Hero” relies of whimsy rather than belly-laughs, making for a perfectly charming experience.

7. BIRDMAN OF ALCATRAZ (1961)
Lancaster earned his third Academy Award nomination as Best Actor for this biographical drama about Robert Stroud, a convicted murderer who redeems himself by becoming a renowned bird expert. Frequent collaborator John Frankenheimer directs with sensitivity and restraint, while cinematographer Burnett Guffey (who also earned an Oscar bid) manages to create a whole world within the confines of a prison cell.

6. THE KILLERS (1946)
Lancaster first came to the attention of movie audiences with Robert Siodmak’s film noir classic. Adapted from an Ernest Hemingway short story, “The Killers” opens with the murder of a compliant victim, Ole “Swede” Anderson (Lancaster). An insurance investigator (Edmond O’Brien) tries to uncover the truth, leading him through a tangled web of crime and deception, with all roads leading to the Swede’s failed romance with the beautiful Kitty Collins (Ava Gardner).

5. THE LEOPARD (1963)
When Lancaster was cast in “The Leopard,” it raised more than a few eyebrows. Indeed, the Hollywood star was drafted to play a Sicilian prince in order to insure a large budget for Luchino Visconti’s lavish production. Yet the actor gives one of his best performances as a noble aristocrat grappling with the unification of Italy in the 1860s, when the working class rose up against the old world order.

4. FROM HERE TO ETERNITY (1953)
James Jones’ epic novel about three U.S. Army soldiers (Lancaster, Montgomery Clift, Frank Sinatra) stationed in Hawaii in the months leading up to Pearl Harbor translates beautifully to the screen thanks to Fred Zinnemann’s sensitive treatment. Lancaster plays 1st Sergeant Milton Warden, who’s carrying on an affair with the base captain’s wife (Deborah Kerr). Their kiss on the beach, the waves crashing against them as they lay in the sand, remains iconic.

3. ATLANTIC CITY (1981)
Lancaster earned his final Oscar nomination for playing Lou Pascal, an aging gangster with little to show for his life. He falls in love with a Casino waitress (Susan Sarandon) whose husband steals drugs from the mob. Though in the midst of a long-time affair with an aging former beauty queen (Kate Reid), Lou becomes the young woman’s savior, adding some kick to his step. Director Louis Malle brings a European sensibility to this American drama, painting Atlantic City as a decaying empire filled with misfits.

2. ELMER GANTRY (1960)
Richard Brooks’ “Elmer Gantry” brought Lancaster his sole Oscar victory as Best Actor, and what a heavenly triumph it was. He stars as the titular character, a huckster salesman who convinces a sincere evangelist (Jean Simmons) he can help her spread the word of God. Lancaster’s performance is so riveting there are times when he truly seems to be inhabited by the holy spirit.

1. SWEET SMELL OF SUCCESS (1957)
As J.J. Hunsecker, a powerful New York gossip columnist who rules Broadway with an iron pen, Lancaster creates one of the all-time great movie baddies. Tony Curtis proves his equal as the scrappy press agent Sidney Falco, who Hunsecker enlists to break up a relationship between his beloved sister (Susan Harrison) and a budding jazz musician (Martin Milner). Directed by Alexander Mackendrick from a cynical, acid-laced script by Clifford Odets and Ernest Lehman, “Sweet Smell of Success” is a ruthlessly entertaining Darwinian parable, with James Wong Howe’s black-and-white cinematography painting Manhattan like a jungle where only the fittest will survive.

Leland and Freddy Scott ('RuPaul's Drag Race' composers) on getting 'Lucky' with Season 13: 'we tried to…

Jennifer Lilly ('Master of None' editor): 'We decided to really limit our toolbox' [EXCLUSIVE VIDEO…

Simon Meyers ('I May Destroy You' producer) on translating Michaela Coel's vision: 'I've been waiting to…