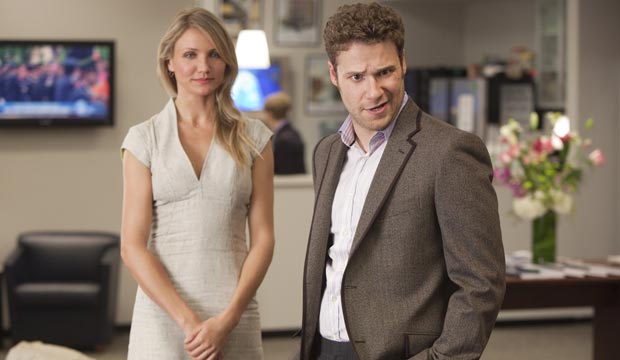 Cameron Diaz will celebrate her 47th birthday on August 30, 2019. The model-turned-actress gained fame and acclaim in the nineties and beyond with a number of outstanding performances. She has surprisingly disappeared from public in recent years. Her last film role was in 2014 with the somewhat disastrous remake of the Broadway musical “Annie.”

Diaz had an auspicious start to her career. With no prior acting experience, she earned the lead female role in the Jim Carrey film “The Mask.” That movie led to a number of other roles, but it wasn’t until a few years later when she had a supporting role in the Julia Roberts film “My Best Friend’s Wedding” that she really became a force in films.

Those roles led to more acclaimed work earning her a total of four Golden Globe nominations, the New York Film Critics’ Best Actress Award (“There’s Something About Mary”) and three SAG Awards nominations. An odd part of Diaz’s career is that none of the Globe nominations (“Gangs of New York,” “There’s Something About Mary,” “Vanilla Sky” and “Being John Malkovich”) brought her Oscar bids. It was particularly shocking with the latter two since she also had SAG Awards nominations.

Regardless of her lack of success with Academy Awards voters, Diaz has forged a long resume of hit films. It is a bit of a mystery why she has been absent from the silver screen for the last five years. Her last performance as Miss Hannigan, the menacing orphanage mistress in the hip hop oriented “Annie” remake, did earn her a Razzie nomination but hopefully that won’t be her final screen performance.

Tour our photo gallery above where we rank the 15 greatest Diaz performances from worst to best.